Pucca, an animated character created by Korea’s Vooz in 2000, has shown that Korea’s characters can reach the global audience through international partnerships and merchandising deals.

The wacky Chinese character earns over 300 billion won ($257.7 million) per year on average globally, thanks in part to the Disney Channel, which has been broadcasting “Pucca” short animated TV series in more than 100 countries. 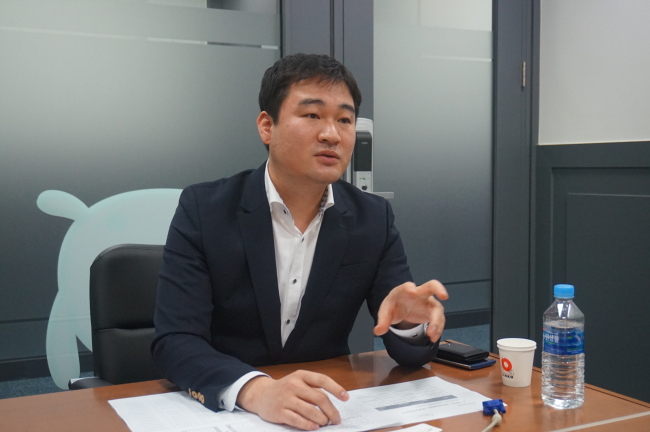 “The industry has to move ‘outside the box’ in this digitalized and globalized era where creators can show their works via platforms without time or regional constraints,” Kwak, 40, said in an interview at Coex in southern Seoul.

“There is this fixed formula here that producers have to make their characters for the Korean market first and show them via conventional broadcasting networks of KBS and EBS. We need to move away from this old thinking,” said Kwak.

Kwak, who has worked at Disney Korea, added that since Korea is part of the global market, creators should not separate Korea from the rest of the world when developing characters.

“We should foremost learn how to become global storytellers. But I understand it is extremely difficult to do that here, where there is a lack of system that can breed writers and enable them to develop stories for an extended period of time,” he added.

The International Licensing Industry Merchandisers’ Association seeks to help solve problems the Korean animated industry faces by helping them find the right partners and markets. The association is often referred to as the “KOTRA (Korea Trade-Investment Promotion Agency) of animation character licensing.”

The institution will help local animation producers gather market information, and identify where best to strategically market and license their character brands.

“Characters are brands whether they come in the forms of animation, toys or sports T-shirts. We must have the right information before targeting specific markets and consumers overseas,” Kwak said.

“This means that you cannot approach, for instance, the South American market the same as you would in Southeast Asia, even though we can create and show characters via digital platforms to the world.”