The Environment Ministry said it found the defeat device software working in the Volkswagen Tiguan Euro 5 equipped with the EA189 engine. The device turned on the exhaust gas recirculation system in the indoor test to fake the emissions levels and turned off the system in actual outdoor driving conditions, meaning excessive emissions were not detected, it said.

This is the first time that Volkwagen’s emissions rigging has been officially confirmed outside the U.S. 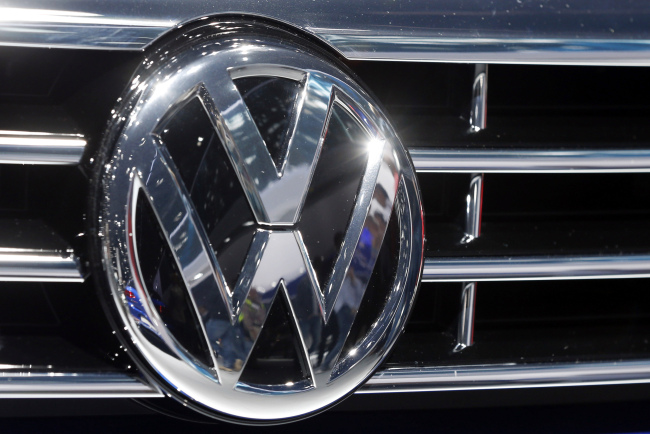 “(The ministry) has not found the defeat device in the EA288 engine-equipped vehicles -- four Euro 6 cars and Golf Euro 5 -- for now, but further probe will be conducted for a final check,” a ministry official said.

The ministry suspended the sales of unsold Volkswagen cars equipped with the same engine as the Tiguan Euro 5 and ordered a recall of 125,522 cars. It also imposed a penalty of 14.1 billion won ($12.3 million).

The models subject to the recall order include the Tiguan and Beetle of Volkswagen and the Q6, Q3 and A4 of Audi.

The German carmaker has also been told to submit its recall plan and antiemission measures to the government by Jan. 6.

To encourage customers to return their cars, the ministry said it would distribute stickers to be attached to vehicles that have completed the recall procedure to remind those who have yet to bring their cars in. Specific plans on how to fix the vehicles have yet to be decided.

The upcoming probe will also cover models of 3,000 cubic centimeters, it said.

The ministry also announced that it would introduce an outdoor emissions test for all vehicles starting next year as part of its efforts to prevent emissions rigging.

Vehicles weighing over 3.5 tons will be covered by the test starting from January and those under 3.5 tons from September 2017.

Vehicles that fail to pass the outdoor emissions test will be taken off the market.

Based on the Environment Ministry’s test results, the Transport Ministry will carry out three rounds of tests to look into whether the emissions rigging affected the fuel efficiency and safety of passengers, officials said.

The Environment Ministry’s probe results will likely lead to more lawsuits against Volkswagen.

The Korean brand of the German carmaker is currently facing a class-action lawsuit filed by over 2,000 customers who are seeking to nullify the purchase contracts and receive refunds.

Law firm Barun, which is leading the collective lawsuit, has officially requested the carmaker provide vouchers worth $1,000 for each Korean customer just as it promised American customers. Volkswagen, however, has not yet responded, the law firm said.

This is the first time that a third party -- other than the automaker’s customers -- has filed a lawsuit against Volkswagen.