Technology has enabled global consumers to upload, share and watch not only short-length videos, but also movies, documentaries and news, according to Antoine Nazaret, head of content Asia at France-based video-sharing platform Dailymotion.

“Video sharing started in 2005 when short videos were really appealing, enabling them to go viral. But now, technology has enabled anyone to upload a variety of content -- videos, movies, documentaries,” he said Tuesday at the 14th annual International Content Conference in Seoul.

“Video upload has become part of the digital revolution.”

Video platforms can show live news and shows, Nazaret said in his opening speech on the digital revolution. The most-viewed content recently on Dailymotion was a live speech against terrorism by French President Francois Hollande following the attacks in Paris last week, he noted. 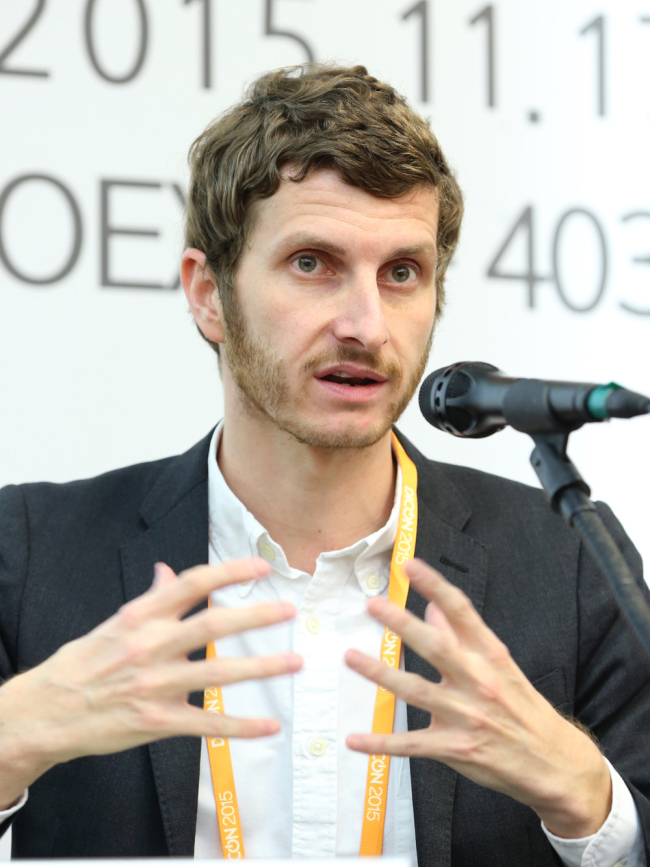 Antoine Nazaret, head of content Asia at Dailymotion (KOCCA)
One thing platforms should aim for is providing a differentiated service in the digital age, he said, adding that Dailymotion offers “business-friendly services” when compared to Google’s YouTube.

“We are very friendly with creators, and more welcoming in terms of business,” he told the press.

Dailymotion is one of the biggest video-sharing platforms in Europe and mainly relies on advertisement revenue for its business.

“We are the destination for entertainment videos, but also for small and medium enterprises, a marketing platform. Our first goal is a way to bring quality content to users,” he said.

Nazaret and other global leaders in the entertainment and content industries gathered for the two-day conference, also known as DICON, to discuss the challenges and opportunities facing the media landscape in the digital age.

Hosted by the Ministry of Culture, Sports and Tourism and the Korea Creative Content Agency, the 14th annual forum seeks to find possible “solutions and the next business models” amid an increasing number of free content and technological advancements.

The conference aimed to look at changes in consumption patterns resulting from technological advances and entrepreneurs’ determination toward innovation to prepare for such changes, according to KOCCA president Song Sung-gak.

That wave of change is visible in the comic book industry, said Masaki Yamashita, director of Amutus, a Japan-based electronic publishing company. 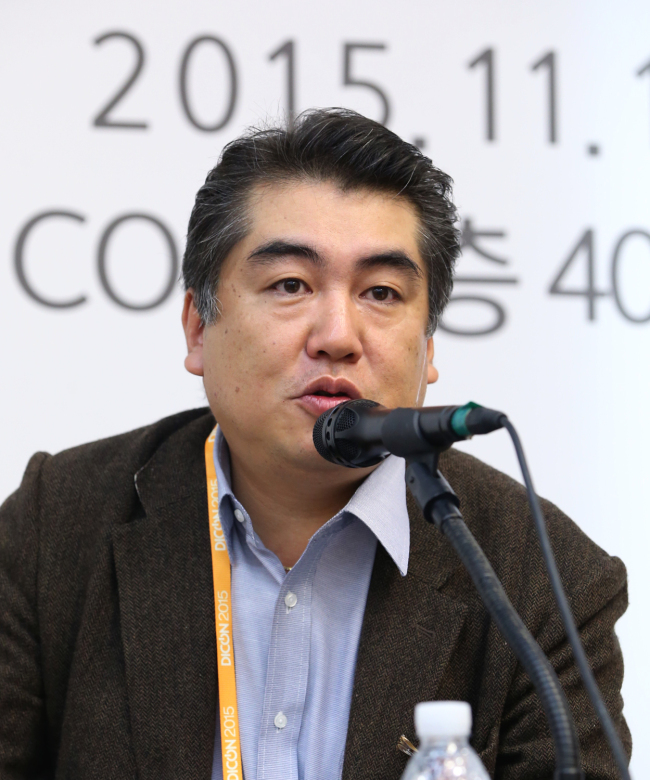 Masaki Yamashita, director of Amutus
With the mass distribution of smartphones and applications, a variety of business models have emerged and are being tested, leading conventional comic books to “retell and reformat” their stories on different webtoon platforms, he added.

“Traditional comic artists are producing their works that best suit for viewing on webtoon formatted platforms,” Yamashita said at a news conference.

“With the rise of smartphones and apps, a lot of ‘free models’ have been introduced in the market. We must watch closely how the digital content market will change from the one where consumers used to pay for 80 percent of webtoons.”