Founded in 1968 in the wake of the Biafra Famine in Nigeria, the organization has marked its presence in all of the world’s major crises since, tackling poverty, epidemics, broken sanitation situations and natural disasters.

“Our work is driven by our humanitarian identity and commitment to address extreme poverty,” the Concern Worldwide CEO Dominic MacSorley said at a reception at the Irish ambassador’s residence in Seoul in end-October.

“We respond effectively to emergencies to save lives and alleviate suffering, respect people’s dignity and strengthen community-building and community-preparedness against future disasters.” 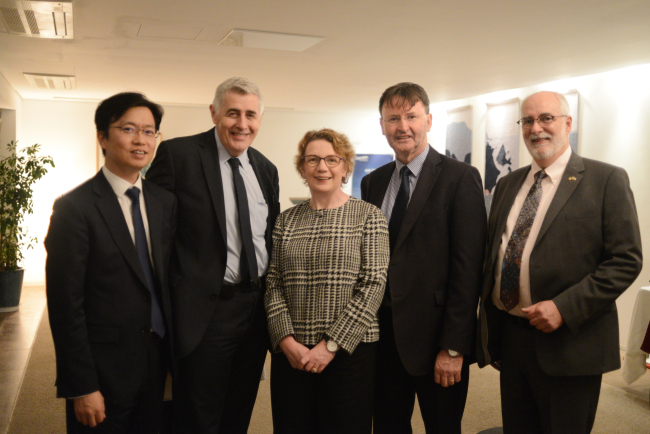 At present, the Concern is providing assistance in Turkey, Lebanon, Nepal, Afghanistan, South Sudan and the Central African Republic, as well as North Korea, where it has provided food, water and sanitation services since 1998, with support from the Ministry of Unification.

The Concern has also worked in war-torn Syria, typhoon-hit Philippines and Ebola-stricken West Africa. A key part of its mission lies in supporting education, boosting local agricultural production and providing health care and nutrition to women and children.

“Famine is ingrained on the Irish nation as we had our own famine in the mid-1800s, where over a million people died and another million emigrated,” MacSorley said. “Those events have remained a key part of being Irish and Concern. We empathize with those who are hungry and respond to their needs.”

As both Ireland and Korea have experienced colonization, wars, conflict and poverty, and similarly overcome their hardships through economic development, the two countries should also help others experiencing difficulties, by supporting the aid programs, he added.