President Park Geun-hye on Friday asked for national efforts to make the Korea Visit Years starting next year a success so it can propel the country to such heights in the 2018 Winter Olympics in PyeongChang and make a great leap in the tourism industry.

"We need to upgrade the nation's tourism industry to make it a country where foreigners want to visit again," Park said in her speech to the ceremony to launch the 2016-2018 Korea Visit Years. 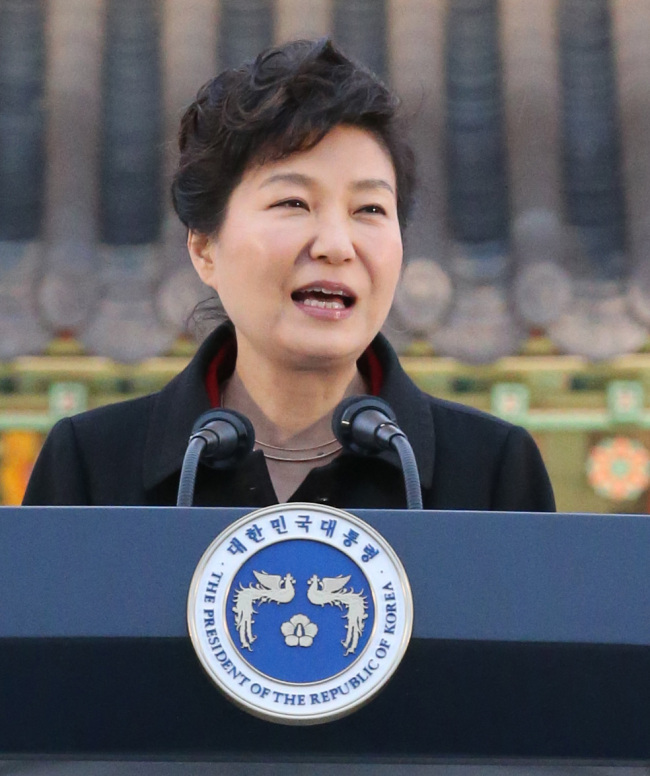 (Yonhap)
Noting that with only two years left before the PyeongChang Olympics, she stressed that the international sports event is a golden opportunity to take great strides in the domestic tourism industry by improving Korea's national image.

"I hope the people and the government will discuss from various perspectives the room and board problems which inconvenience foreign tourists the most and work out effective measures to tackle them," she said.

She vowed to render full support by making the tourism industry one of the prime sectors of the government's cultural enrichment policy.

Actor Lee Min-ho and Seol Hyun, a member of the popular girl group AOA, were named honorary ambassadors for the Korea Visit Years during the ceremony.

It was followed by a K-pop cover dance contest participated in by 68 fans from 12 countries around the world who had passed regional preliminaries. A music concert organized by the national broadcaster KBS came next, showcasing traditional Korean, classical vocal and K-pop music.

The government said it will launch a campaign in and out of the country to spread Korea's image as a country of kind people. (Yonhap)