Operating income was estimated at 7.3 trillion won ($6.25 billion) for the July-September period, up 79.8 percent from the 4.06 trillion won posted a year earlier, Samsung said in a regulatory filing. 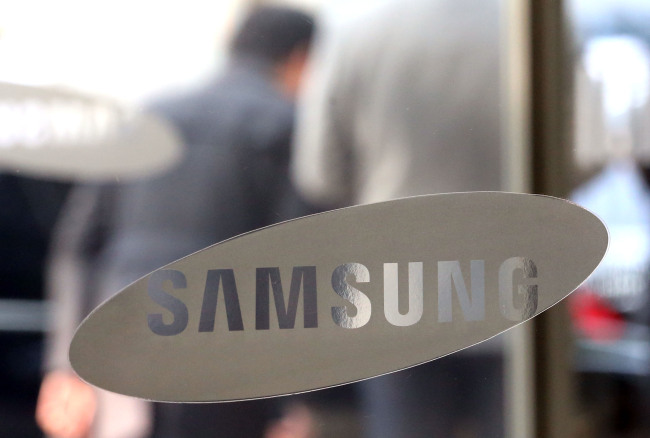 The third-quarter operating income also marks a 5.8 percent rise from the 6.9 trillion won posted for the previous quarter.

Sales reached 51 trillion won in the three-month period, up 7.48 percent from a year earlier and 5.07 percent from three months earlier.

Samsung didn't offer a net profit estimate for the third quarter. Its finalized earnings will be announced later this month.

The third-quarter operating profit hovered far above the median forecast of 6.5 trillion won in a survey of 16 brokerage houses conducted by Yonhap Infomax, the financial arm of Yonhap News Agency.

Only a handful of securities firms expected Samsung would post an operating profit of 6.7 trillion won, and none suggested an estimate hovering above 7 trillion won, citing its sluggish smartphone performances.

Analysts attributed the third-quarter earnings surprise to its brisk chips and display businesses, saying it may signal the tech giant has entered into a full-fledged recovery pace.

"The falling portion of PC DRAMs, and sound profitability through the 20 nanometer technology has lent support to its chip business," said Hwang Joon-ho, an analyst from Daewoo Securities Co.

The chip segment is expected to have earned at least 3.6 trillion won in operating profit in the third quarter, up from 3.4 trillion won posted three months earlier.

"As for displays, falling panel prices weighed on the LCD segment, but revenue from the OLED division is expected to have hovered above the estimate," Hwang added.

Shin Hyun-jun, an analyst at LIG Investment & Securities Co., echoed the view, adding that Samsung benefited from the local currency's weakness against the U.S. dollar.

The consumer electronics and display segments are estimated to have earned 300 billion won and 700 billion won, respectively, in the third quarter, analysts earlier said.

They raked in operating profits of 210 billion won and 540 billion won, respectively, in the second quarter.

Analysts had been rushing to revise down Samsung's third-quarter earnings due mainly to its sluggish outlook in the mobile segment.

While Samsung did not provide breakdowns for each sector, Meritz Securities estimated the IT and mobile arm in charge of the smartphone businesses to have posted an operating profit of 2.1 trillion won in the third quarter, down from the previous quarter's 2.7 trillion won.

"Shipments of smartphones surged to 83 million units in the third quarter from 72 million units three months earlier," said Hwang Min-sung, an analyst at Samsung Securities Co. "But the division's profitability probably worsened due to falling prices."

Analysts added that Samsung's earnings also may turn cloudy for the fourth quarter, depending on currency rates.

Market tracker FnGuide earlier expected Samsung to post an operating profit of 6.5 trillion won, but the estimate is soon expected to be revised due to the latest earnings report.

The release of new models by global rivals and the possible hike in the U.S. key interest rate are expected to stand as potential threats for Samsung in the current quarter, analysts said.

The decline in seasonal demand for mobile devices and chips, with the rising marketing costs to tackle archrival Apple, are also cited as negative factors, they added.

"If Samsung Electronics has been focusing on cutting its costs for its budget models amid competition with Chinese firms like Huawei, it is now time for the firm to return to the technology battle," said Soh Hyun-chul, an analyst at Shinhan Investment Corp.

"A bendable display can be one example," Soh added. "In that sense, Samsung Pay may rise as the new hope for Samsung's budget models."

Samsung Pay, currently available only on the latest high-end smartphones like the Galaxy Note 5, is widely expected to reach budget models in the near future.

Like rivals Apple Pay and Android Pay, it also supports near field communication (NFC) that requires a separate transaction.

Shares of Samsung Electronics traded 4.6 percent higher at 1,204,000 won on the main bourse Wednesday as of 10:01 a.m. The earnings guidance was released before the local stock market opened.  (Yonhap)