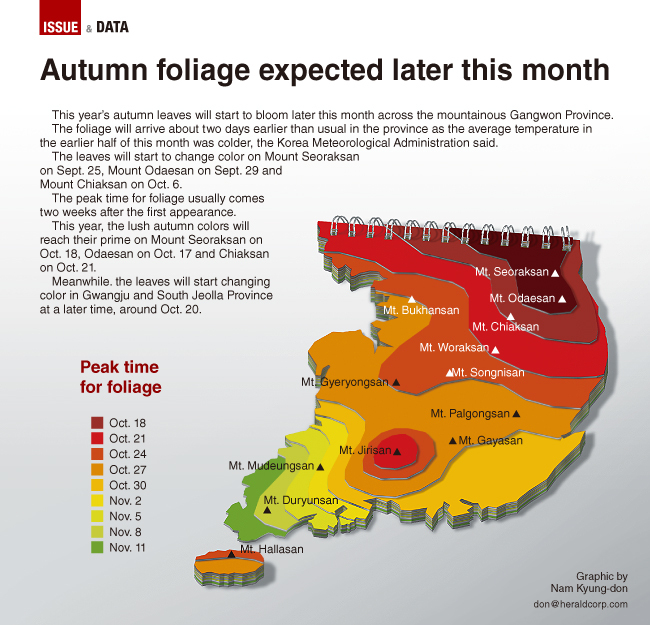 This year’s autumn leaves will start to bloom later this month across the mountainous Gangwon Province.

The foliage will arrive about two days earlier than usual in the province as the average temperature in the earlier half of this month was colder, the Korea Meteorological Administration said.

The leaves will start to change color on Mount Seoraksan on Sept. 25, Mount Odaesan on Sept. 29 and Mount Chiaksan on Oct. 6.

The peak time for foliage usually comes two weeks after the first appearance.

Meanwhile. the leaves will start changing color in Gwangju and South Jeolla Province at a later time, around Oct. 20.