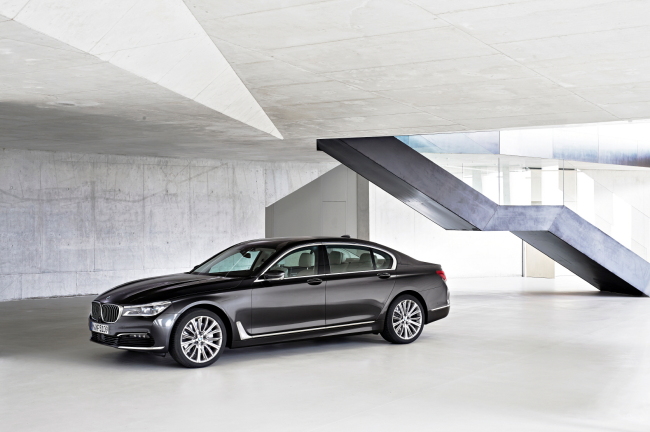 A driving shot of the new BMW 7 Series sedan 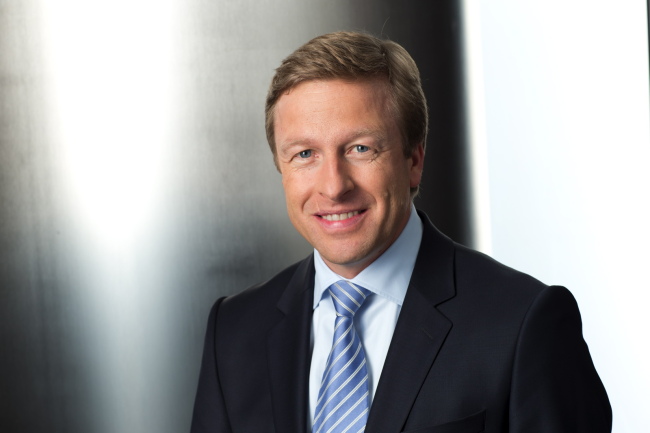 Oliver Zipse, member of the management board of BMW responsible for production
PORTO, Portugal -- German luxury carmaker BMW is ready to hit the start button to win back customers from its rivals, including Mercedes-Benz, in the competitive luxury sedan market, facing the global debut of its sixth generation of the 7 Series sedan at the 66th International Motor Show in Frankfurt, which will kick off on Sept. 15.

The carmaker will start sales of its latest full-size luxury driving machine in October this year in its key markets across the world, including Korea.

“Absolutely, we aim to take the segment crown. We begin the strategy toward the goal, with the launch of our new flagship,” Oliver Zipse, a member of the management board of BMW responsible for production, said during talks with the Korean press here.

Asked the key word to differentiate the new 7 Series sedan from other rival models, he picked “innovation” without hesitation.

“The new 7 Series vehicles have sought innovations in all aspects and redefines modern luxury,” he said, adding from his point of view, innovation is to make a product that can be successful in the market.

According to BMW, its new luxury sedan realizes the vison of “modern luxury” as it combines innovative auto technologies and modern styling.

After the two-hour test drive down winding and straight roads in Porto, Portugal, it was not difficult to understand what just what he meant.

Besides the top-class driving performance that BMW has guaranteed, the latest full-size luxury sedan that BMW spent seven years developing presents a number of benchmark auto technologies inside and outside of the car, as it did in previous generations.

Asked about the most innovative technology in the new 7 Series sedan, the corporate board picked the new material–based body structure, called “carbon core,” first ahead of other features, which makes the company’s new full-size sedan lightest in the segment, despite increased features.

However, for drivers, new technologies in the cabin are more eye-popping. “Gesture control” is one of those innovative technologies that should go viral. Thanks to an infrared camera that detects the position of a hand, a driver can control the audio system with suggested gestures while driving without touching a screen. For instance, the driver increases the volume of the stereo by twirling a finger clockwise toward the audio system.

The 2015 BMW 7 Series also offers “remote control parking” feature for the first time in the world. The parking system allows a car owner to maneuver the car in or out of forward-parking spaces without anyone at the wheel. It seems to be a useful function for car protection when a vehicle is squeezed by cars in a small parking space.

The touch command system in the rear seat, using a Samsung tablet computer, might be recognizable, particularly, for Korean users.

BMW offers the function to let passengers in the back seat control infotainment and comfort functions and so give them the feeling of being right in their own living room.

The car brings in innovative functions for modern styling as well. For instance, it cares a lot about lighting design inside and outside of the car to enhance the comfort and well-being of drivers. It offers ambient lighting in the cabin at night for concentrated work and driving or soothing relaxation.

These new functions and features are only a few items of more than 20 innovations that the new 7 Series sedans presents.

A two-hour test drive is too short to fully experience the new functions of the innovative driving machine, but I have to admit the partial experience gave me a unique chance to get a grasp on the future of auto technologies.

For Korean drivers considering a luxury sedan and thinking of a new BMW sedan as an option, I strongly recommend a test drive simply to experience and feel the numerous and dazzling benefits of innovation that BMW‘s new and innovative driving machine offers.