[ The Korea Herald – Send E-mail ]
K-pop rising as key Asian identity, but still unfamiliar to many
Experts discuss current condition of K-pop, future steps
By 박형기
Published : Sep 13, 2015 - 14:27
Updated : Sep 15, 2015 - 10:38
While K-pop is quickly rising as a key cultural symbol in Asia, it remains much on the sidelines of the U.S. and European music industries, international experts said at a forum discussing the prospects of K-pop abroad.

“The success of K-pop in the world is somewhat different from how it is perceived in Korea,” said Rob Schwartz, the Tokyo bureau chief of American music magazine Billboard, at the Seoul Music Forum, held from Sept. 11-12.

A handful of industry insiders were present to discuss the reasons behind K-pop’s popularity, its current international reach and the future steps needed to ensure its expansion and longevity.

Many agreed that K-pop’s international success, contrary to how it is often portrayed in local media, could be more accurately described as concentrated and segmented rather than ubiquitous.

“In the U.S., K-pop is not as successful as people in Korea think,” Schwartz said.

The glitzy visual, intense sound and meticulous choreography of most K-pop groups are still regarded as unfamiliar and unrelatable by the average American consumer, industry insiders have commented. And while Psy’s infamous “Gangnam Style” video has achieved the most widespread reach, it is largely considered a viral one-hit wonder that is somewhat independent from the K-pop wave. 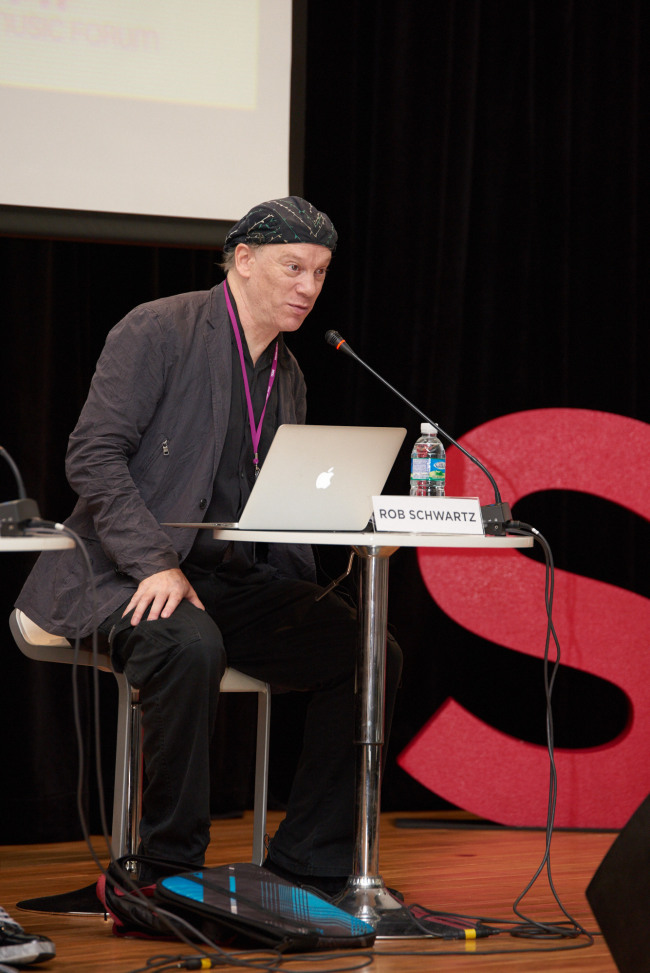 Rob Schwartz, chief of Billboard magazine's Tokyo bureau (Asia Music Network)
Even so, artists and production companies should emphasize, rather than tone down, K-pop’s distinctiveness when foraying into the U.S. market, Schwartz added.

“If K-pop is going to appeal in the U.S., it has to play more on the differences than the similarities,” he said.

In other parts of the world, however, such as South America and the East and Southeast Asian regions, K-pop has had “tremendous success,” said Schwartz.

According to Billy Koh, founder and CEO of Amusic Rights Entertainment, K-pop has now risen as a key cultural identity of the Asian region.

“(Asia’s) pop culture was dominated by the West until the 1980s, when J-pop came in,” he explained. Also came the rise of Hong Kong noir action flicks and Japanese animations, which became emblazoned in international audiences’ minds as representative of Asian culture. Now, in the 21st century, K-pop and K-dramas have taken over the baton, said Koh. 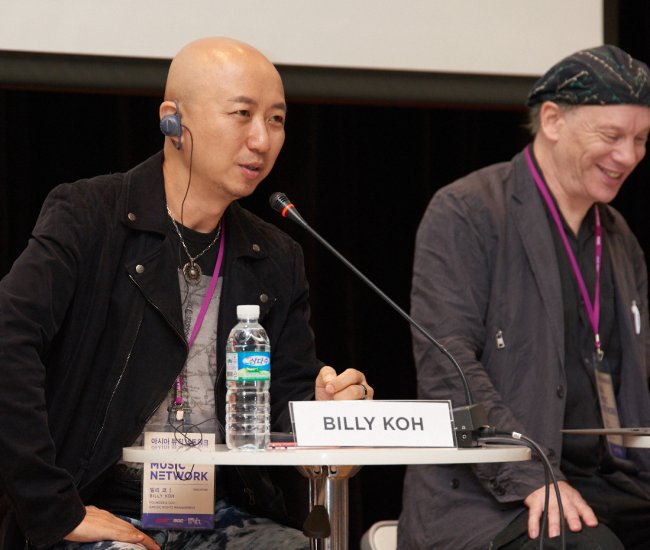 The second phase saw the introduction of multimember “idol groups” such as Shinhwa, Super Junior and Girls’ Generation, who performed impeccably and were “very synchronized and danced like robots,” said Koh.

The third and current phase is centered on groups like Big Bang, said Koh, who possess at once songwriting talent, strong live performance capacities and a fashionable edge. Another feature of recent groups received favorably in China is how “the groups always include some Chinese member,” he said, addressing the growing expectations for multiple nationalities in K-pop.

Several tasks remain to be tackled in K-pop’s future, however, forum speakers agreed.

FNC Entertainment CEO Han Seong-ho called for a need to diversify genres in K-pop, which mainly focuses on dance music.

“Limiting K-pop to one certain color will curb its longevity,” said Han, pointing to the success that the agency’s groups FT Island and CNBLUE -- bands that make rock music mixed with elements of pop and Korean ballad -- have garnered in Japan. FNC has also recently launched N. Flying, a band that fuses rock instrumentals with rap lyrics. 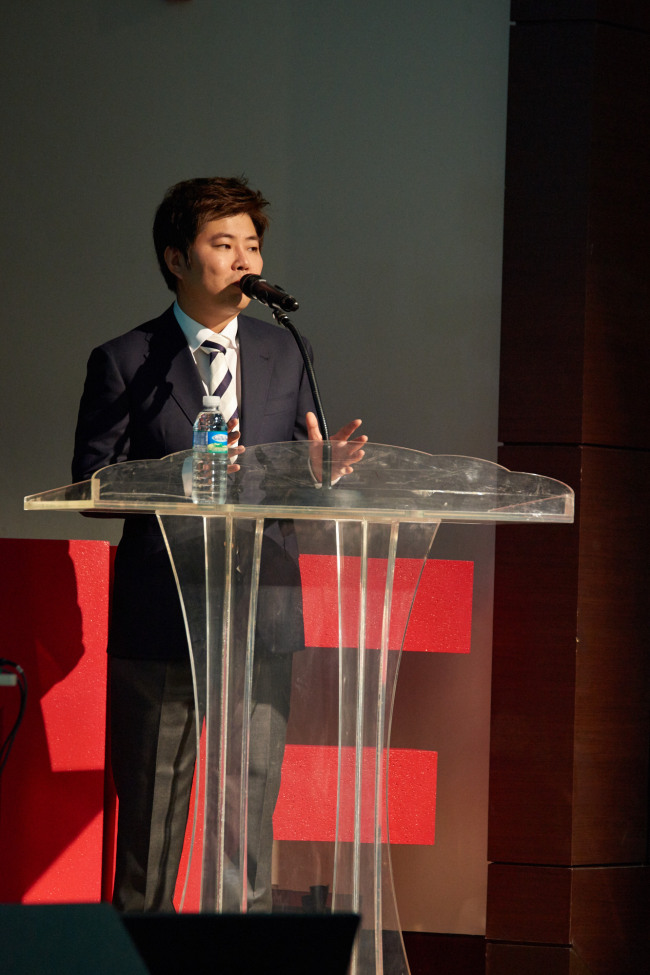 Han Seong-ho, CEO of FNC Entertainment (Asia Music Network)
Han further suggested that K-pop artists exploit different routes in establishing an international fan base. Until now, the equation for a K-pop group’s rise to stardom was to debut in Korea on a major music program, appear in variety shows to gain public appeal, then branch out overseas.

“But CNBLUE first started out in Japan’s indie scene in 2009 and debuted in Korea in 2010. (The group) only went mainstream in 2011. By then, it had a solid fan base in Japan, which created synergy with CNBLUE’s new Korean fan base,” he said.

“(The Chinese government) has a quota for foreign films, songs and TV drama series,” he said.

“They limit how many hours of Korean dramas can be aired, and even how many concerts K-pop groups can hold in China in a year.”