[ The Korea Herald – Send E-mail ]
Business leaders behind Korea’s economic success
By 서지연
Published : Aug 16, 2015 - 19:34
Updated : Aug 16, 2015 - 21:46
Korean companies and their leaders have been one of the biggest contributors to the transformation of Korea, once one of the poorest countries in the world, into a donor nation for the past 70 years after liberation in 1945.

Partnering with the military government, which launched the nation’s first five-year economic development plan in 1962, the first generation of Korean chaebol leaders exerted strong leadership to build the foundation of businesses from scratch, while linking their business prosperity to restoration of the war-torn nation. 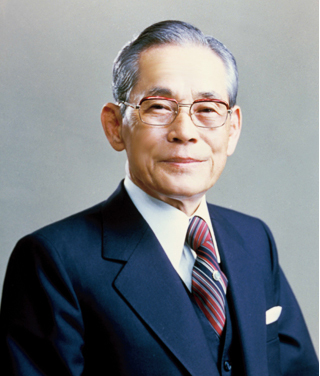 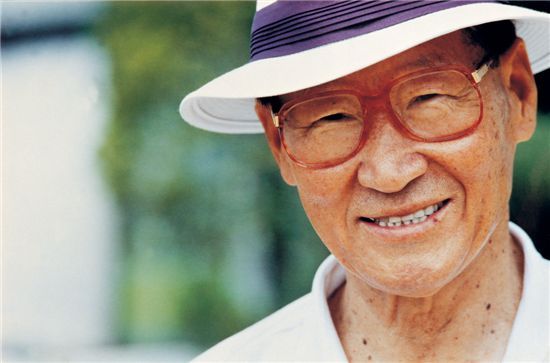 Chung Ju-yung
Their leadership style was in stark contrast. The late Lee, who came from a rich landlord’s family and briefly studied in Waseda University in Japan, stressed a systematic approach to management and the importance of talent. He expanded his businesses into the textile and electronics businesses between the 1960s and the1970s beyond his first trading venture, established in 1938.

The late Chung, who was born in 1915 as the eldest son of a poor peasant farming family and barely graduated from elementary school because of a lack of money, enjoyed venturing into new sectors from construction to auto to shipbuilding, armed with his “can-do-spirit.”

Both figures, however, had something in common. They built family-controlled industrial conglomerates, dubbed chaebol, with the support of the government.

Witnessing ordeals and poverty that ordinary people went through during the colonial era and the war, the two became patriotic and focused on contributing to the country’s economic development.


Leaders in pursuit of globalization

Korean companies faced growing pressure to expand abroad from the late 1980s, when the domestic market started to become saturated.

The second generation of chaebol, who had been exposed to the world beyond Korea from their childhood, drove reform measures to turn their business empires into globally competitive ones, which came along with the government’s vision to transform Korea into an export-driven economy.

Current Samsung Group chairman Lee Kun-hee, the third son of Samsung founder Lee, who took over the chairmanship on December 1987, reshuffled the group to improve the quality of its products and organizational competence in the early 1990s. 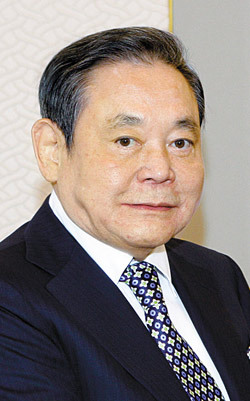 Lee Kun-hee
Asking Samsung executives and employees to “change everything except your wife and kids,” Junior Lee tried to transform Samsung into a globally competitive company. For this, like his father did, he invested in developing globally competitive talents. Foreign employees were also brought into Samsung this time around.

The second generation of Hyundai adopted “quality first management” as well, pressed by the globalization.

Chung Mong-koo, the eldest surviving son of Hyundai founder’s eight sons, took over Hyundai Motor business in 1999 after the automaker was split from Hyundai Group amid the founding family feud. 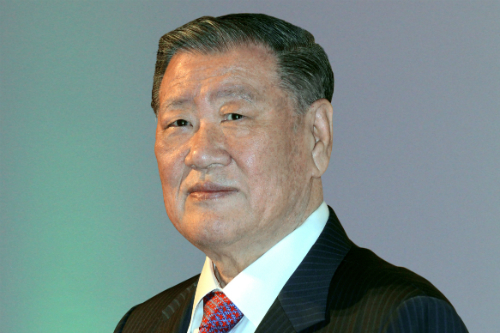 Chung Mong-koo
The chairman of the nation’s largest automaker took a variety of measures to secure prowess in product quality from the late 1990s, while expanding overseas production. Today, Hyundai Motor is the world’s fifth-biggest producer of cars.

Entering the Internet era in the late 1990s, there was the first start-up boom in Korea and some Internet start-ups, including Naver, the nation’s dominant Web portal and search engine, became Internet empires in the early 2000s.

Kim Beom-soo, chairman of Daum Kakao, the operator of the mobile messenger app KakaoTalk, is often seen as a model business leader in the Internet and mobile business scene.

As a self-made entrepreneur, the 49-year-old established Kakao in 2010 as his second venture. His first venture firm was Hangame, created in 1998. The company was later merged into Naver.

Korean companies, big or small, are facing growing demand for innovative leaders as they are shifting to creativity-driven industries for future growth from manufacturing businesses, which are losing ground to rivals in emerging markets.

In the big business scene, Doosan Group chairman Park Yong-mann, who also leads Korean Chamber of Commerce and Industry, is one of model leaders who thinks out of the box in management. Park, the third generation of the founding family of Doosan Group, has excellent communication and people skills, both of which are rare qualities for chaebol leaders.

Engagement with and return to the society is another quality required for an era of the sharing economy.

The late Yu Il-han, who founded drugmaker Yuhan Corporation in 1926 after returning to Korea from the U.S., has long been an example for corporate social responsibility.

He believed that it is the duty and responsibility of business to contribute to the development of a society. To bring his vision to reality, he adopted employee ownership for the first time in Korea in 1962 by sharing stocks with employees after a listing. When he died at the age of 77, he contributed his wealth to a public foundation named the Korea Society and Education Aid Trust Fund.