At the same time, many of the actors and actresses who play the multifarious main character Woo-jin are those typically revered as “handsome” or “beautiful.”

“I understand that many in our cast are very attractive. It’s something that I too realized while editing,” said director Baek Jong-yeol at a press conference Monday. But regardless of looks, Baek was mainly focused on “finding the perfect actor to portray each stage of Woo-jin’s development,” he said. 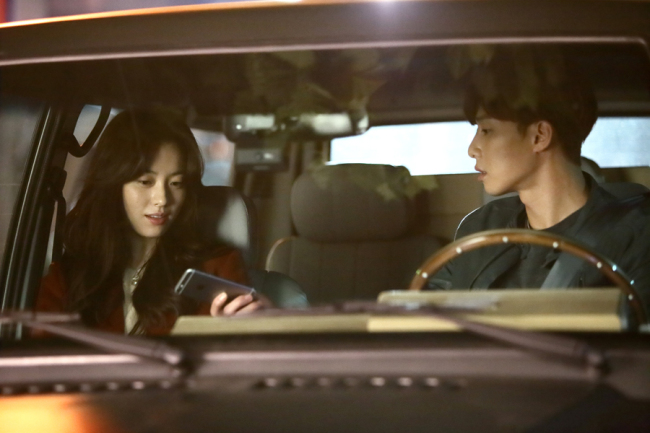 Yi-soo (Han Hyo-joo) and Woo-jin (Park Seo-joon) in a still from "The Beauty Inside" (Yong Film)
Based on the 2012 Daytime Emmy award-winning American social film of the same title, “The Beauty Inside” explores the life of Woo-jin, who wakes up every day in a different body irrespective of age, gender or ethnicity. While actress Han Hyo-joo plays Yi-soo, Woo-jin’s love interest and the one constant in his life, over 21 actors take up the role of the ever-changing Woo-jin -- including the wildly popular Park Shin-hye.

“I was in a similar mental state to Yi-soo,” said Han. “Each day, there was a different Woo-jin on set. It was unfamiliar and new. But after a while, all of them felt like the same Woo-jin to me.”

Actor Park Seo-joon, who plays the first Woo-jin significant to the romantic plot, said he felt extra pressure to set the tone for the character.

“I felt like I was creating the foundation and standard for all future Woo-jins, so it was very pressuring. I paid a lot of attention to director Baek’s instructions, because he was able to see the big picture,” said Park. 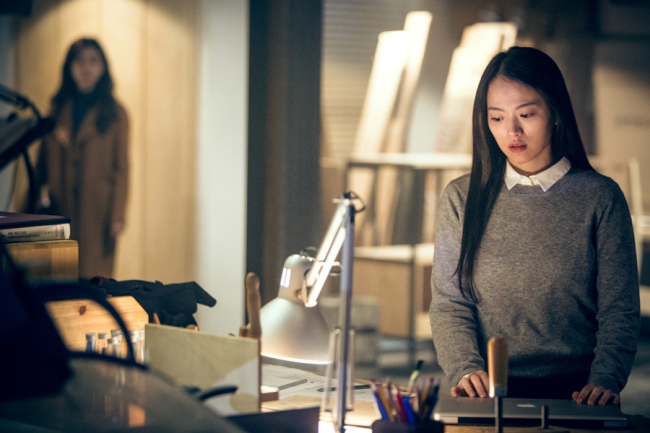 Actress Chun Woo-hee as Woo-jin, who wakes up as a different person every morning -- sometimes as a man and other times as a woman, of random age and ethnicity (Yong Film)
Actress Chun Woo-hee, who played a female incarnation of Woo-jin, thought a lot about the one distinct quality that would make him identifiable as a single person.

“At first, I wondered how I could make the spirit of a man come through the body of a woman,” Chun said. “In the end, I decided it would be best to focus on showing Woo-jin’s sincere feelings for Yi-soo, and not think too much about gender. I felt that would be enough to link all the Woo-jins together.” 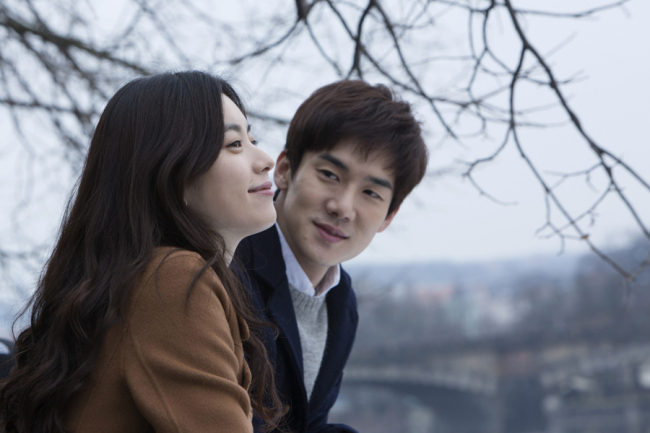 Yi-soo (Han Hyo-joo) and Woo-jin (Yoo Yeon-seok) (Yong Film)
Actor Yoo Yeon-seok, who also plays Woo-jin, asked himself whether he could love somebody whose appearance changes every day.

“After watching the movie, my response is ‘yes.’ I hope the audience will ask themselves the same question while watching and go home with their own answers,” he said.

“The Beauty Inside” opens in local theaters on Aug. 20.