Unable to afford a clinic visit, his go-to remedy was Pepto-Bismol, an over-the-counter stomach relief medicine.

Looking back on his early days in the U.S., Choi made a sculpture in 1996 that has the shape of Rodin’s “The Thinker” but is made with pink liquid Pepto-Bismol and toilet paper -- the two objects that represent his early “cultural indigestion.”

“I realized the enormous stress I had was due to the cultural shock,” recalled Choi, in an interview in Seoul.

The sculpture, also named “The Thinker,” is being showcased in Germany with some 80 other works by Choi, who has explored cultural clashes between the Eastern and the Western worlds for the past 20 years of his artistic career. The retrospective is being held at Kunsthalle Dusseldorf in Germany until Aug. 2 and is expected to travel throughout Europe. 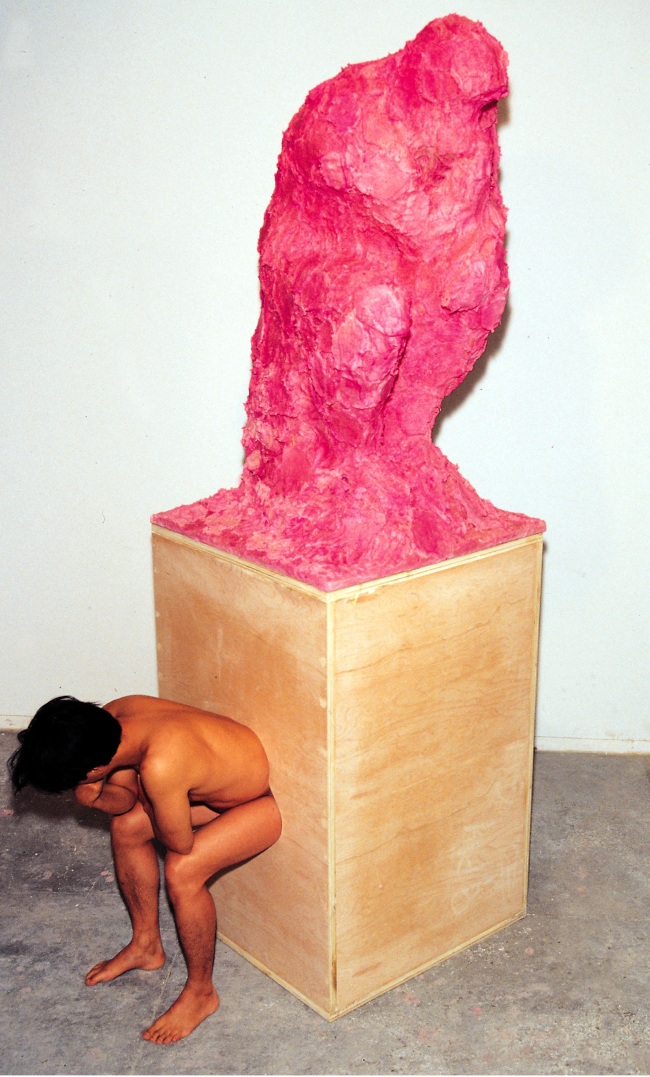 “The Thinker” by Cody Choi (PKM Gallery)
Located just across the Dusseldorf Academy of Art where South Korean media artist Nam June Paik taught from 1979 to 1996, the museum is one of the established art institutions in the German city.

The museum traced back the current vibrant discussion of intercultural issues among many young Asian artists today and found Choi, who began exploring this issue in the 1980s.

Choi, 54, has dealt with issues of cultural clashes and offered critical insights on globalization in Korean society, which in his view virtually equals Americanization. Many of his works made during his time in the U.S. focused on various areas of cultural conflict between Korean and American cultures. 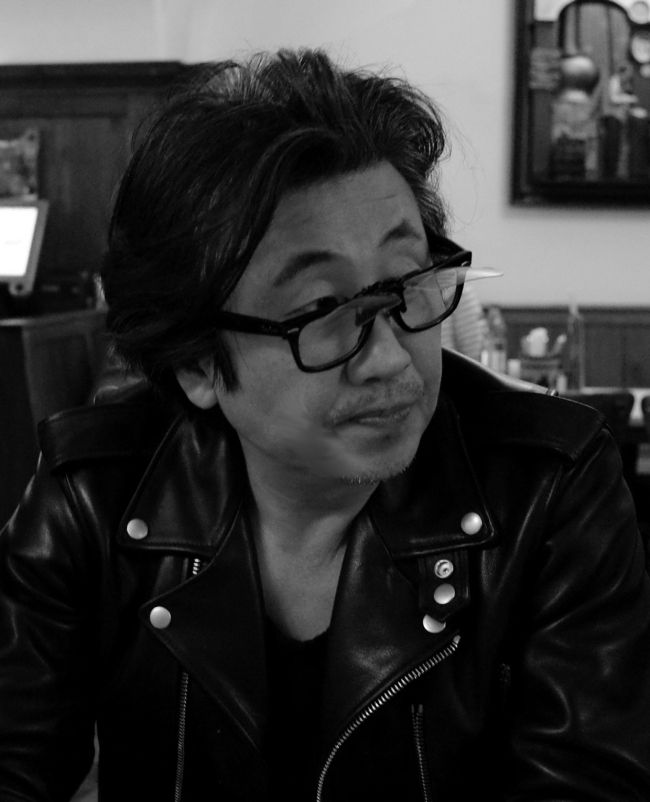 Artist Cody Choi (Courtesy of the artist)
He juxtaposed Asian men’s sexual fantasy with Western women and Koreans’ admiration of American culture through a portrait of a blond woman and a fake Nike sneaker with written Nike logos.

“When I was young, wearing Nike sneakers was a symbol of wealth. The shoes were luxury products that only the kids from a rich family could afford,” he said.

The kids who couldn’t buy the real Nike sneakers painted Nike logos on their white sneakers for indoor areas of school.

The artist returned to Korea in 2002 and realized he was considered an American in his home country after many years of living in the U.S.

He began to have different perspectives of Korea as an outsider and pinpointed awkward factors that made him feel alien in his home country.

He found “double overlapping” factors in Korean society where traditional values and the pressure to learn English and act and think like Westerners are jumbled to create confusion in young generations.

Choi witnessed this in the language first. He was shocked to see the overflow of English words in everyday life. In one restaurant menu, he saw a menu item named “premium hanwoo beefsteak,” a redundancy with “hanwoo” already meaning “Korean beef.”

He also witnessed that the young generation is demanded to conform to traditional values while being forced to learn English and Western culture. 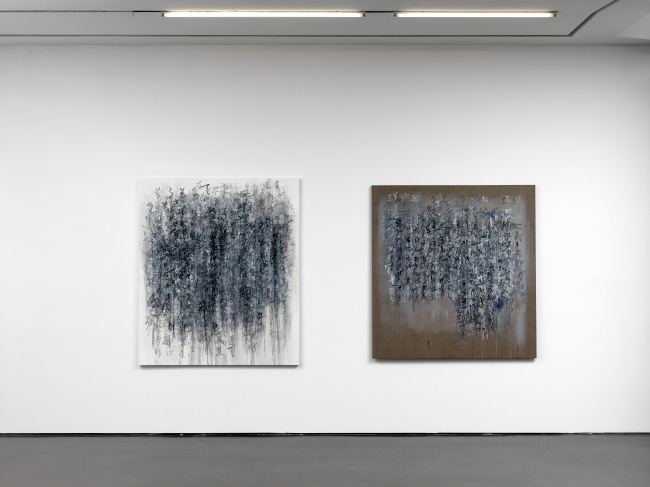 “Mingxin Baojian” by Cody Choi (Courtesy of the artist)
He has also been writing “Mingxin Baojian,” a Chinese book of collections of aphorisms and quotations, on a large canvas until the black ink covers the whole surface and he understands what’s engraved in Koreans minds.