KPOP UNITED CEO Richard Choo is glad to see that it’s finally cool to be Korean in the world.

Hallyu hits like Psy, Big Bang, Girls’ Generation and Wonder Girls, paired with the stylish haute couture image being exported, have put Korea on the “relevancy map,” and there is a high global demand for the country’s cultural contents, he said.

But with the industry so new on the global scene and fans hailing from such disparate ends from Turkey and Brazil to Indonesia and Ivory Coast, promoters and even major entertainment agencies are playing a game of roulette in betting where K-pop concerts will succeed. Choo’s start-up has a simple solution: Let the fans decide. 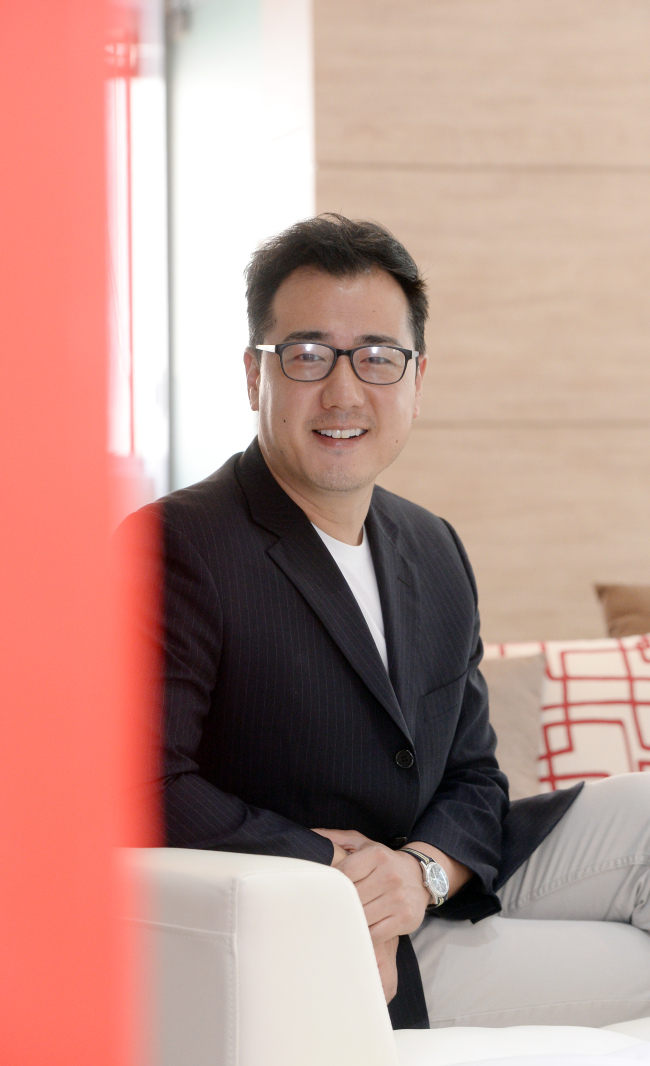 Richard Choo, CEO of KPOP UNITED, poses before an interview with The Korea Herald at the company’s office in southern Seoul. (Ahn Hoon/The Korea Herald)

KPOP UNITED gives crowdfunding a hallyu twist with its platform Krowdpop, where fans anywhere in the world can vote up their favorite artist to perform in their hometown. When the campaign hits a minimum number of early-bird pledges, which also lets fans meet their idols at the show, the company works with the artists to get shows executed in a month or two, about a quarter of the time it normally takes.

The marketing is driven by fans themselves, who push their campaigns through social media. Krowdpop also acts as the payment channel, and fans are refunded 100 percent if the show falls through.

It streamlines the process for everyone involved, and gives emerging artists new access to overseas fans, he explained: “On the promoter’s side, it minimizes the risk. On the artist’s side, all the artists who don’t have any kind of way to get to the foreign market now have an opportunity to do so,” he told The Korea Herald in a recent interview.

“And from the fans’ perspective, now you can finally get to see who you want to see. … We impact the fans by giving them power, and that’s really rewarding for me.”

The San Francisco native, who launched his first start-up in college and helped develop Korean frozen-yogurt chain Red Mango in northern California before going into banking, saw K-pop’s difficulties in breaking into the global scene. The situation worsened when unscrupulous promoters would leave a bad impression by suddenly dropping shows after miscalculating their budgets -- as was seen with several concerts on Rain’s North America tour in 2007 that were inexplicably canceled, he noted.

Choo, too, was burned by a former partner while working on a K-pop show in the U.S. and would have sworn off the entertainment industry, but was inspired in 2012 by young bone cancer patient Emily Vang, whose wish during chemotherapy was to meet her idol Junsu of K-pop group JYJ.

Choo created KPOP UNITED as a nonprofit, which hosted a crowdfunding project to bring her from Wisconsin to downtown Los Angeles, where she was taken to a JYJ concert. Backstage, Junsu sang to her -- on her 16th birthday, he said. Vang has since recovered from the cancer.

He then added the for-profit model and relocated the company to Seoul in 2013. He kicked off its first successful crowdfunded tour with boy group Teen Top in 2014, which sold out in four cities in North America. Now it is striving to strengthen footholds in China, South America and Southeast Asia on top of its current main market, the U.S.

“It just instilled that K-pop is actually here to stay in the market … and the promoters are starting to use our platform to get shows done,” he said.

KPOP UNITED has a revenue goal of $500 million by 2017, partnering with major promoters on the ground to help them execute shows, along with forming content-sharing deals with major media companies to be announced in the coming months. It aims to expand its revenue sources with a big-data analytics platform for concert promoters, while opening a forum for music lovers to get to know indie artists through live chats.

“We give power to the fans, support music, and create a community at the local level. If we can have that in every country in the world, I think I’d be pretty happy about that.”

Start-up Seoul is a series featuring players in Korea’s emerging tech start-up scene. This is the fifth installment. ― Ed.