In partnerships with Korea’s major entertainment and talent agencies including SM and YG, the global V app will stream the stars’ live concerts and their daily activities behind the scenes with real-time English subtitles.

Also, the video streaming app will have communication features enabling stars to closely interact with fans in Asia and elsewhere.

For instance, the app can broadcast stars going to the Incheon Airport and letting their fans know that they are traveling to their countries for concerts or fan meetings, or show what they do minutes before performing live onstage.

More than 20 K-pop idol groups, including Big Bang and 2PM, have signed on to appear live on the V streaming app. Naver will provide its expertise in platform operations and marketing, while talent agencies will provide the content. 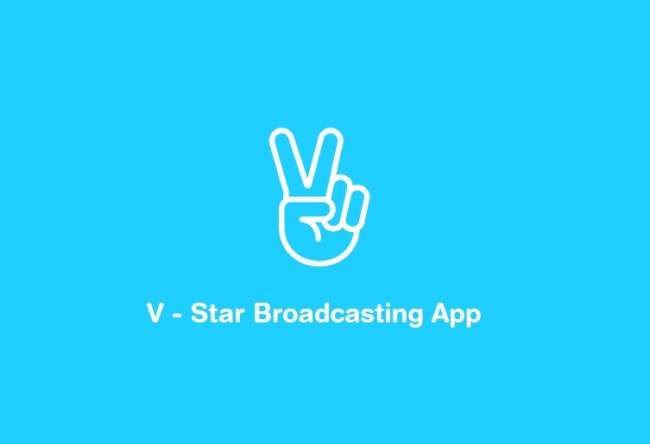 Naver’s “V” app logo. (Naver)
The V app mainly target Asian countries where K-pop is popular such as Japan, China, Taiwan, Thailand and Vietnam. Its UX design and features will all be in English. Naver will test-launch the V service on the Android operating system on Aug. 1 and on the iOS in mid-August. Its official launch will be at the end of next month.

“We hope to create new Korean stars (like Justin Bieber via YouTube) while further promoting current hottest stars through the platform targeting the Asian markets.”

Naver added that it seeks to expand the V app by linking with its online video platform TV Cast and inviting other Korean celebrities such as movie and TV actors and actresses. 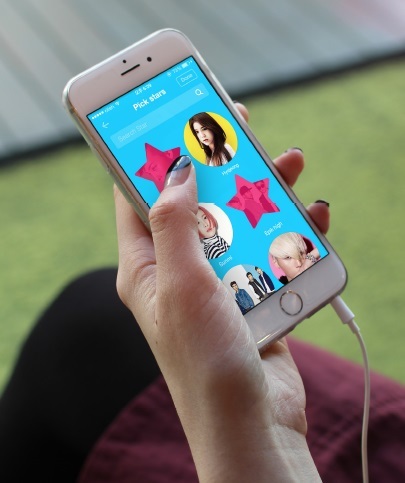 Naver's soon-to-be launched “V” app will allow K-pop stars to stream live their daily activities and closely interact with fans via mobile devices. (Naver)
Given the lack of mobile network infrastructure especially in emerging Asian markets, Naver’s TV Cast will offer videos of stars featured on the V app so that fans can see them on their PCs. It does not have any plans yet to link the app with Naver’s Line mobile messenger.

Naver created the global mobile video-streaming app as talent agencies are facing a limit in introducing their K-pop content and diversifying their earnings overseas using a very few conventional domestic distribution channels. There are only four music programs by Korean network televisions. Most entertainment agencies have set up their channels on YouTube, but have attracted little attention.