[ The Korea Herald – Send E-mail ]
[Herald Interview] Korean-American Broadway actor reprises role of Jesus Christ
‘At the end of the day, you are saddled with the burden of having the name of Jesus, so people already have an idea about our characters and what they’re about.’
By 줄리 잭슨 (Julie Jackson)
Published : Jun 25, 2015 - 15:59
Updated : Jun 25, 2015 - 20:55
Broadway actor Michael K. Lee has returned to Korea to reprise the role of Jesus Christ -- arguably one of the most daunting and burdensome roles to portray on stage -- in the ongoing Korean rendition of Andrew Lloyd Webber’s globally regaled musical “Jesus Christ Superstar.”

Although the Korean-American performer has played the role before, both in the United States and in Korea , he felt once again the burden of having to bring to life one of the world’s most iconic figures, which prompted him to do a lot of academic research.

“I was raised Catholic, so like many people, I was familiar with his story,” said Lee during an interview with The Korea Herald.

“I revisited the Bible, the canticle gospels -- Matthew, Mark, Luke and John -- but then I also learned that there are a lot of alternative gospels there too. ... I just poured over a lot of existing academic materials to get ready for my role.” 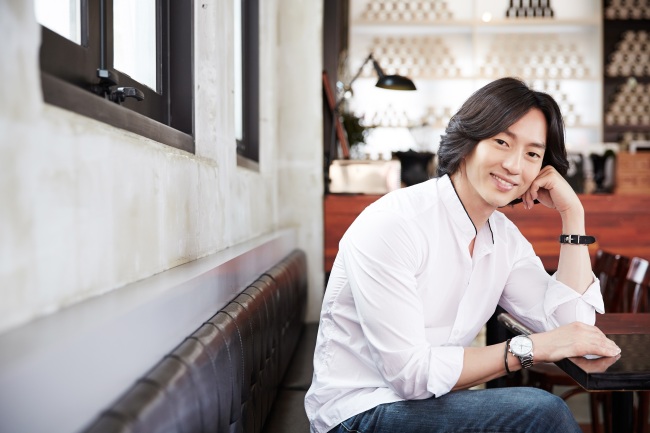 Broadway musical actor Michael K. Lee (Clip Service)
The rock opera musical is loosely based on the life of Jesus, mainly focusing on the personal and political struggles between Judas and Jesus leading up to the crucifixion. A Korean rendition of the show, directed by Gina Lee and starring actor Lee as Jesus, is currently running at the Charlotte Theater in Seoul daily until Sept. 13.

When it comes to preparing oneself mentally and emotionally to play a character, it doesn’t get more iconic and more scrupulously anticipated than Jesus Christ himself. The actor said he approached his return leading role both on an academic and personal level.

“At the end of the day, you are saddled with the burden of having the name of Jesus, so people already have an idea about our characters and what they’re about,” Lee said. “Understanding that, from the start of the rehearsal I let that go -- having to meet people’s expectations of who Jesus was. Rather, it was my job to create the character from my experiences as a human being, as a man.” 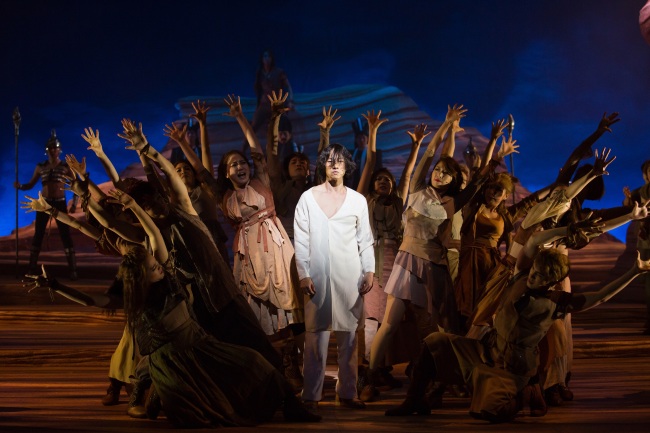 He played the role of Simon in the 2000 Broadway production, and was also cast in several regional productions of the show in the U.S., playing a number of different roles -- including the leading role of Jesus and Judas. In the show’s 2013 Korean run, he had also played Jesus.

He called the current production as the best rendition of the legendary musical that he has ever performed.

“It’s a gorgeous production and a very sexy production -- sexy in the sense that it’s very attractive; the lighting, the sound, the sets are amazing,” he said.

“Her (Gina Lee’s) vision really centers in on the story being told through the lyrics that Tim Rice wrote for the show. And for me, this is the best production that I have done so far.”

“In my opinion, if people want to see the best fusion of Korean and Western musicals, this would be it. This isn’t something you will see anywhere else; this is a show that is unique to this time and country.”

After “Jesus Christ Superstar,” Lee is slated to return to Broadway in the fall as a cast member of the musical “Allegiance” -- inspired by the true-life experience of its star George Takei, who will be making his Broadway debut through this production.