Featuring gripping stories with twists and turns and witty, but satirical punchlines, they allow people of all ages and genders to let their hair down while reading.

Stories and genres are diverse, ranging from office life and heart-wrenching stories of people having suffered under Japan’s colonial rule to the sweet romance of an elderly couple and teenagers with supernatural powers.

Iggy Park, chief producer of the webtoon business unit of Daum Kakao, which started running a webtoon publishing platform, dubbed the World in Comics, for the first time in Korea in 2003, said creativity is what drives the webtoon market in Korea. 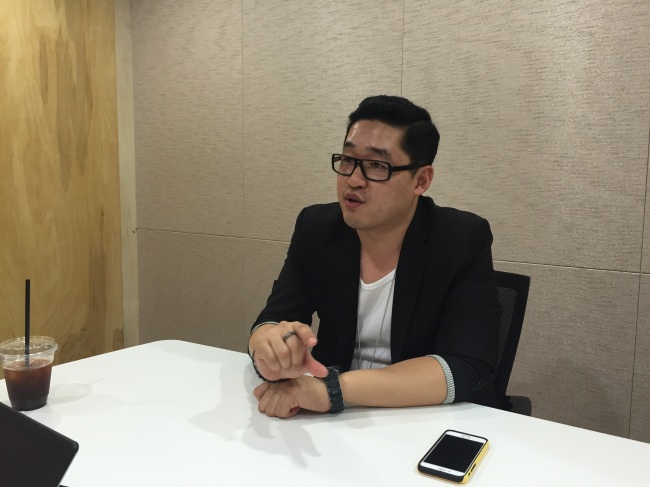 Iggy Park, chief producer of the webtoon business unit of Daum Kakao (Daum Kakao)
“A core value of webtoons is creativity, which has made them become so popular that they are adapted in different films and TV shows,” Park told The Korea Herald in a recent interview. Creativity is, by his definition, churning out something new that inspires content makers with fresh ideas.

“Rolling out content with similar story lines and ideas is not worth doing,” he said.

Of 500 online comics which have been released so far, around 150 titles are currently being offered per week through the portal operator’s webtoon platform.

Daum Kakao has seen the sales revenue of its webtoon business grow around five times since the company adopted a pay-per-read system in 2011. He refused to disclose the exact figures.

The number of webtoons which were turned into movies, TV shows or stage plays grew from six in 2013 to 15 in 2014, according to a report by the Ministry of Culture, Sports and Tourism. Those adaptations, including “Secretly, Greatly,” and “Misaeng,” helped put the original webtoons in the limelight as well.

Riding the momentum, Daum Kakao has been pushing to introduce Korean webtoons in overseas markets by teaming up with local portals or online comics publishers from China and the U.S., such as qq.com, or Tapastic.

“Appealing to global readers with Korean webtoons could be a long shot, no matter how popular a webtoon is in Korea,” said the Daum Kakao official, who has been working in the webtoon business division since 2006, emphasizing the importance of partnerships with local firms and doing thorough analysis of local readers and their tastes. 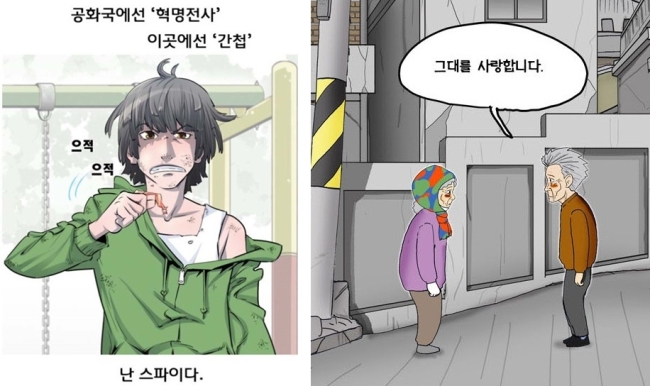 “Secretly, Greatly” by Hun (left) “I Love You” by Kang Full (right) (Daum Kakao)
Daum Kakao has some other plans up its sleeve to enrich its publishing platform, including one to bring Chinese and Japanese cartoons to the Korean market.

In a bid to give readers more access to online publications, the company is also considering refurbishing the current publishing system that allows updates of webtoons to take place once or twice a week on a set schedule.

Improving the user interface of Daum Kakao’s webtoon applications will be another scheme to retain the fan base, according to Park.

“The patented Jeongjuhaeng (‘nonstop’ in Korean) function on the webtoon platform, which helps mobile users read the full issue of a webtoon in one go, will also be available with cartoons published via Daum Kakao’s mobile content platform KakaoPage,” he said.

The domestic webtoon market is estimated to be worth around 172 billion won ($153 million) and is expected to grow further down the road, according to the MCST.