With its launch, subscribers of the three mobile network operators can use all mobile applications and digital content, which were previously available only on each individual app store run by them, without a glitch. 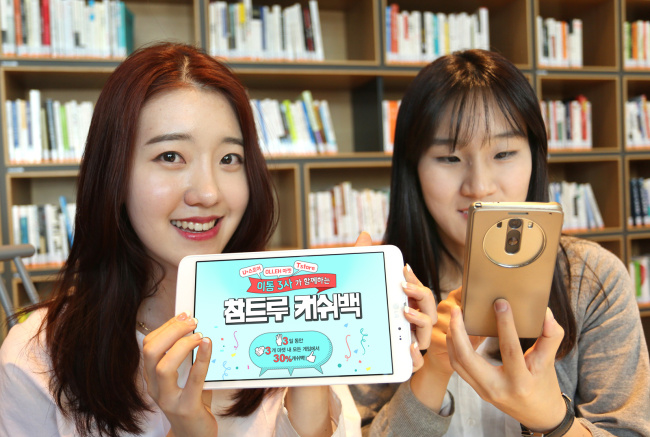 South Korea’s three wireless carriers launch their joint mobile application market One Store on Wednesday. (LG Uplus)
The three would also run a joint ratings and rankings system for the applications on One Store and offer cash back promotions.

Having opened a One Store online center for developers in April, the telecom firms have been making efforts to launch the app store for mobile subscribers, attracting mobile games including Everyone’s Marble and Heroes for Kakao.