MILAN ― In an architect’s work, the most important influences are the client and the site, according to Rem Koolhaas.

“An architect is nothing without somebody wanting something. We are passive unless mobilized,” he had said at the previous day’s conference on May 2 during the press preview of Fondazione Prada’s new Milan venue which he designed.

In the case of his firm’s long-standing relationship with the fashion house Prada, it is one in which both sides constantly inspire and challenge each other. Koolhaas had earlier said that the efficiency of fashion impressed him. “In eight hours, they can organize something sublime. It would take architects at least eight years,” he had said, expressing fascination with the difference in speed. 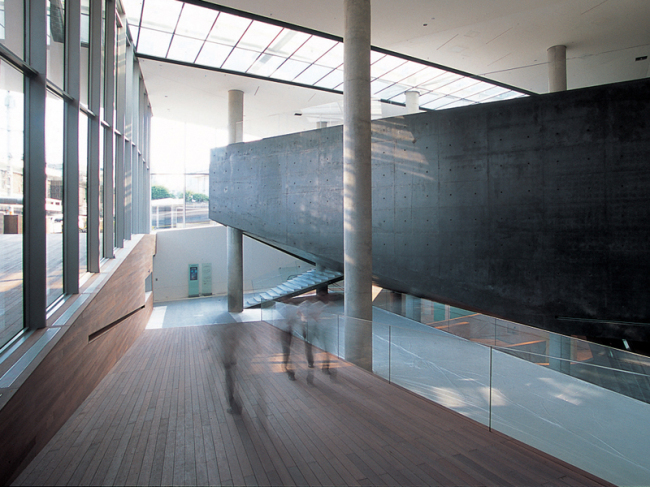 Leeum, Samsung Museum of Art in Seoul
Over the years, Koolhaas has designed Prada’s flagship stores as well as stages for fashion shows. “We have done 30-40 designs for fashion shows. That means we can now do theater sets, it means that we can do from the very, severely minimal to Baroque, over the top. Working with Prada has stretched our repertoire,” Koolhaas says.

Is there room for compromise when there are disagreements between the architect and the client?

“I don’t think in terms of compromising. It is a dialogue and the client can say no. The art of an architect is to deal with any rules, comments, and criticism and still present a compelling and coherent result,” Koolhaas says.

As for Prada, the architect notes that the fashion house is very flexible in accepting different things, while at the same time not hesitant to express its likes and dislikes.

These days, countries in Asia and the Middle East have become important grounds for architects as the rapidly growing economies engage in building new cities, new landmarks.

“My generation is the first to work in different environments in the world,” Koolhaas says. “And by doing that you realize that the initiative in the formation of culture is no longer in the West.”

Pointing to the Podium featuring gray aluminum foam panels, Koolhaas says, “Here, that color alone. We could never have done the same things 20 years ago without having experienced Japan or Asia. Grayness, for me, feels Asian.”

He notes that, in fact, he would never have dared for that wall to be that gray without having worked in Asia. If they (his firm OMA) were just European as they were in the beginning, they would not have used this shade of gray or would have used different colors, Koolhaas explains. “We are now more confident in letting materials speak,” he says.

Observing that Asia and the Middle East are undergoing radical changes, Koolhaas revisits his “obsession,” transformation. “We really live in the age of transformation and I am also interested in where that transformation is leading and how you can operate in it, how you can communicate with it and within it,” he says.

Asked about his ideal metropolis, Koolhaas says, “Whenever people ask me ‘what is your ideal metropolis, favorite metropolis?’ I never answer because I have many favorites and it changes all the time. It can be different reasons.”

How about qualities of an ideal metropolis? “I cannot say. I am very flexible in accepting different conditions,” he says.