And the big push is led by the game’s development chief Jang Ina, who played a key role in its Chinese success.

“Gaming trends change fast and there is some skepticism about the future of the 8-year-old ‘Crossfire.’ But our originality and know-how cannot be easily replicated,” she said in a recent interview with The Korea Herald. 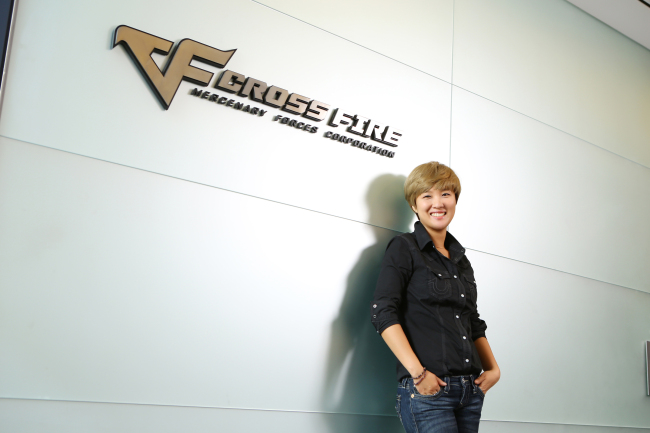 But no one predicted such a massive success when the game was launched in 2007, the same year when Jang, then a 32-year-old engineer, joined Smilegate, the game developer.

For the company, a small player in the already crowded Korean market, going global was crucial to raise profits. While console games dominated North America and Japan, the PC-based free-to-play “Crossfire” had no other option but China.

In order to lure Chinese gamers, Jang, who took over the tricky mission, turned to the basics ― making the game more accessible for users of all ages.

Game developers usually make their popular games more difficult and sophisticated for fans. But at the time many of them failed to appeal to Chinese users, who had just started playing online games. 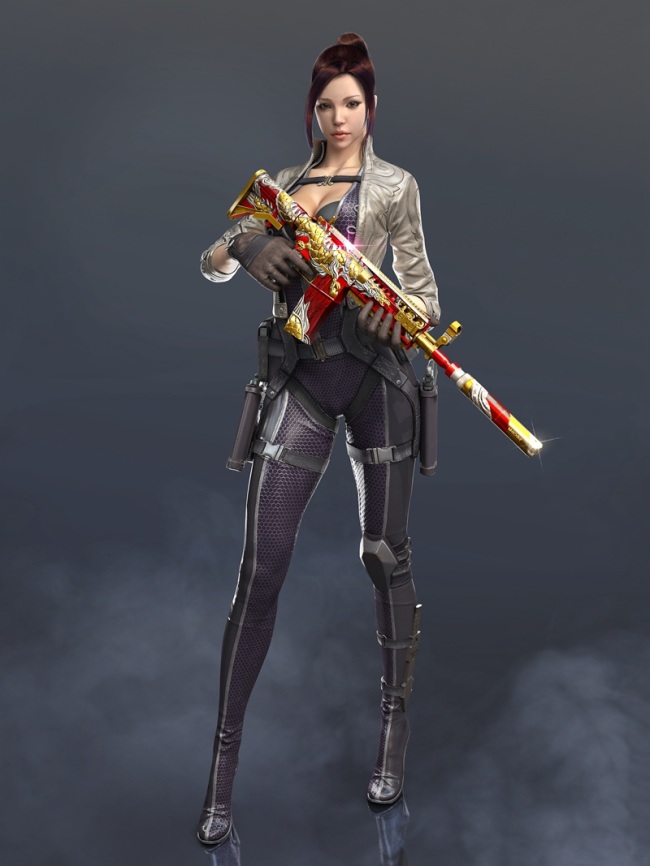 The red-and-gold, dragon-adorned machine gun for the game’s Chinese version. (Smilegate)
“‘Crossfire’ was also too complicated for first-timers. So we made all-out efforts to make it simple but not to hurt its original fun,” she said.

In 2008, the game finally made its Chinese debut in partnership with Tencent, which provided access to China’s vast Internet audience. The cash-rich Chinese distributor also spent big to promote the game.

But real challenges started after the launch. In a country with the world’s largest number of Web users, some 200,000 to 300,000 users simultaneously played the game and unexpected disconnections were prevalent.

“Until then, no game company had ever handled such a huge number of concurrent users. And the number only continued to rise,” she said.

“We first struggled to come with solutions, but the know-how earned during the years has become our own competitiveness now.”

Then, the company kept reflecting on the needs of Chinese users in a quick and timely manner, which Jang called the key to its success in China.

Eight years after its launch, “Crossfire” is now enjoyed in more than 80 countries, with 400 million registered users worldwide.

Over the years, Smilegate has grown into a group that owns several hit games and diverse business divisions. Jang has also been promoted to lead Smilegate Games, its game developing unit.

Still, challenges are everywhere. “Crossfire” earns more than 90 percent of its revenue from China where the market competition is growing fierce, with local developers making quality games at lower costs. The soaring number of mobile games is also posing a threat.

“The gaming industry is facing a transition toward mobile games. But the fun experience of using keyboard and mouse cannot be replaced, and the market will survive,” Jang said. “And we have secured an unrivaled competitiveness in it.”

In order to diversify revenue sources, the company is also introducing “Crossfire” into other markets such as Brazil and the Philippines where the game has already topped the sales lists.

She expected another big leap when the second-generation “Crossfire” is launched in the coming years.

She declined to further elaborate on the specific launching schedules, but hinted the new version would include drastically upgraded visual and sound effects.