[ The Korea Herald – Send E-mail ]
Yoo Seung-jun appeals to Korea to lift exile, vows to 'do whatever it takes'
By KH디지털2
Published : May 20, 2015 - 11:53
Updated : May 20, 2015 - 16:03
Korean singer-actor Yoo Seung-jun earnestly appealed to Korea on Tuesday to lift the ban against him, returning him to his country of birth. The ban was levied against him 13 years ago over suspected evasion of his mandatory military duties.

Yoo was a K-pop sensation who debuted in 1997, but his career came to an abrupt end in 2002 when he renounced his Korean citizenship after becoming a naturalized U.S. citizen.

Yoo said in his first detailed interview since the controversy 13 years ago that he had "never" intended to evade his military service, but that a series of badly-timed events and ill-advised choices had led him to accept his U.S. citizenship. 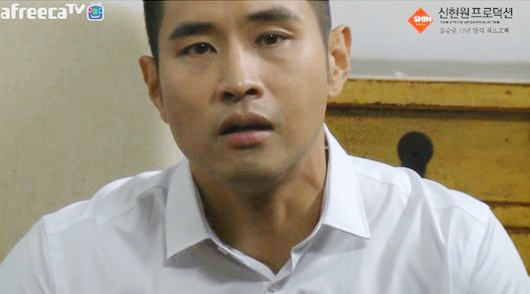 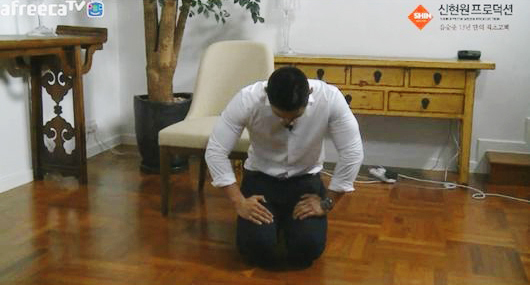 Korean singer-actor Yoo Seung-jun gave his first in-depth interview about his military controversies on Tuesday evening, which was broadcast live from Hong Kong. (AfreecaTV)
Dual citizenship is forbidden in Korea for security reasons, which only in very recent years has seen partial exemptions.

Yoo had planned to make his decision public and explain the change in circumstances at a press call upon his return to Korea from the U.S., but was immediately deported and banned from re-entering the country.

Stung by local media wrath and outright public rejection, Yoo "foolishly" thought he had to give the matter time to subside.

"I feel like I had to wait about 13 years to talk about it, otherwise I wouldn't be able to bear it," said Yoo about his recent decision to speak in detail. Yoo said that previous attempts to talk about the events, which he had difficulty expressing, were misconstrued and inadequately conveyed through the media.

Yoo said that his father had applied for his U.S. citizenship without his consent, since his indefinite leave to remain in the U.S. expired after a six months' stay in a foreign country -- in this case, Korea -- which he returned to as a K-pop singer after living abroad in the U.S. from about age 13 for six years.

Following the 9/11 attacks in 2001, the U.S. law changed, meaning that once rejected, it would be next to impossible for him to reapply for U.S. citizenship. Both his parents, whom he was financially supporting, were living in the U.S.

"My parents' attempts to persuade me were the most influential (in my decision to give up my Korean citizenship)," said Yoo.

There was also the matter of his agency, at which he was the "only (lucrative) celebrity." He had an expensive contract with the agency to produce two more albums and his decision to enlist would mean a significant blow to the company and its employees.

"My father actually said deciding to enlist could actually be the more selfish option," said Yoo with a wry smile. 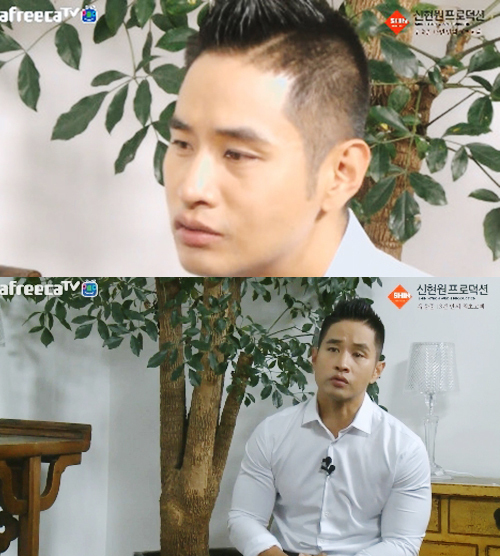 Korean singer-actor Yoo Seung-jun gave his first in-depth interview about his military controversies on Tuesday evening, which was broadcast live from Hong Kong. (AfreecaTV)
Far from evading his military service, Yoo said he had instead considered it a possible break from his hectic and exhausting schedule as an overworked K-pop singer.

"The celebrity lifestyle is not at all glamorous for me," said Yoo. "You smile when you have to smile, cry when you have to cry. It's a type of service industry. I really wanted some rest."

After he was deported from Korea, Yoo said he failed the grasp the immensity of the situation. Only two people -- one of them his then-girlfriend, now-wife -- suggested that he return to enlist for his military duties to resolve matters.

"I felt I had to run away from the situation. That was the only way I felt I could remain sane," said Yoo. Yoo said he avoided watching Korean media portrayals about him, but came across one comedic show where he was portrayed as a "traitorous bastard."

"I want to live in Korea, honorably with my family. I will accept whatever condition or method is available," said Yoo, appealing to Korean military authorities, who levied the exile. "I feel like I can't live this way any longer, with my name and ethnicity. I feel that way when looking at my wife and two sons."

Addressing the Korean public, Yoo said, "I deeply apologize and am asking for forgiveness after all this time. I'm sorry I lacked the courage to apologize earlier. I did not lie or deceive you, but I regret that I did not keep my promise to you."

Leading up to his scheduled enlistment, Yoo had repeatedly affirmed his intentions to enlist in response to reporters' constant questions, months prior to accepting his U.S. citizenship.

The upper age limit is 38 for compulsory military service -- Yoo is now 39 by the Korean age system.

Yoo said he had sought to enlist last year, at which time he was still viable for conscription, and had believed he was going to be accepted, but that he was belatedly informed that the raised age limit from 36 to 38 only applied to those born after 1980.

Yoo denied that his decision to speak now comes due to financial concerns, adding that he was now an actor in China. Even though he continues to financially support his parents, as it stands, he said, "I lack the confidence to restart my musical career in Korea."

"I was foolish and very young. As a solo artist, I made whatever decision I wanted, without knowing what the consequences would be," said Yoo.

"If I could go back to early 2002, I would enlist, absolutely, without a second thought," said Yoo, bowing for forgiveness and breaking down in tears. "Please open the way for me to set foot on Korean soil again. If I can give up my U.S. citizenship and become a naturalized Korean citizen, I'll accept whatever it takes. Please give me and my family another chance."