“It’s an untold true story about how five young kids in their twenties grew up in the first consumer society,” Javer told The Korea Herald in a sit-down in Seoul on May 13. “Their reaction was to leave it, and to say they wanted something else. They revolted against a society that didn’t fulfill their needs.” 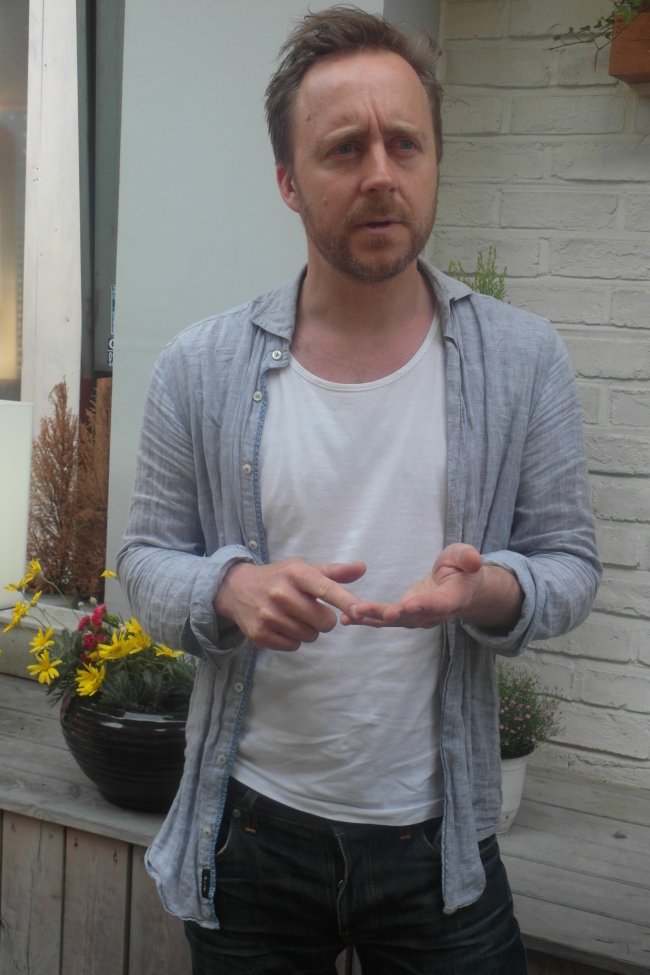 “Freak Out” director Carl Javer. (Green Film Festival in Seoul)
The documentary, which took five years for research, development, and production, is about a small alternative living movement called Monte Monescia (Mountain of Truth) that began in Switzerland in the 1900s in response to society’s growing subservience to consumerism and technology. It was a comprehensive movement with elements of art, vegetarianism, politics, health and feminism that was influential, but later forgotten due to the repression of the postwar 20th century.

“In their time, society thought that technology was the only thing that could save us. In that sense, it’s very similar to our time now,” he said, adding that this kind of idyllic talk about technological developments would lead to people deviating from social norms in search of something new.

“You have highly educated young people who are promised everything, but get nothing. When young people feel that they are not let into society, that it’s not what it seems to be or what it says it is, there is more possibility of an inner movement. We saw that in the Occupy movement,” Javer said.

That frustration and desire for change was the inspiration for the title of Javer’s film.

“To ‘freak out’ means that you can’t stand it anymore. (The people in the movement) had this feeling that it was unsustainable, that the society doesn’t work,” he said. “The old power structures were intact, but the society was moving in a different way. There was a big disconnect between what things appeared to be and what they were, which contributed to why they felt so much pain.”

The goal of “Freak Out” was not to propagate the movement’s ideals or lifestyle but to talk about the importance of being free to explore and expand ideas about community and sustainability through alternative movements.

That discussion came in the form of a uniquely styled documentary that combined archived still images and video footage with creative animation to make the story come alive. Javer and his producer sifted through boxes of still images in a Swiss archive, hand-scanning hundreds of images to form the foundation for the animation. His efforts brought the century-old story back to life, challenging audiences to look deeper into the society around them.