[ The Korea Herald – Send E-mail ]
[Herald Interview] True devotion in ‘With or Without You’
By Won Ho-jung
Published : May 11, 2015 - 20:59
Updated : May 13, 2015 - 10:46
Choi Mag-gi and Kim Chun-hee are two old ladies living together in Yeongdeok-gun, North Gyeongsang Province. Their relationship is difficult to explain at first. After Mag-gi lost her two sons to a typhoon and measles, respectively, she and her husband brought in Chun-hee, who has a slight mental impairment, to live with them and to bear them a son. Although Mag-gi’s husband died decades ago, the two women ― the wife and the concubine ― still live together and look after each other.

They are the subjects of “With or Without You” from director Park Hyuk-jee, the only documentary to be included in the Korean Competition lineup at this year’s Jeonju International Film Festival. 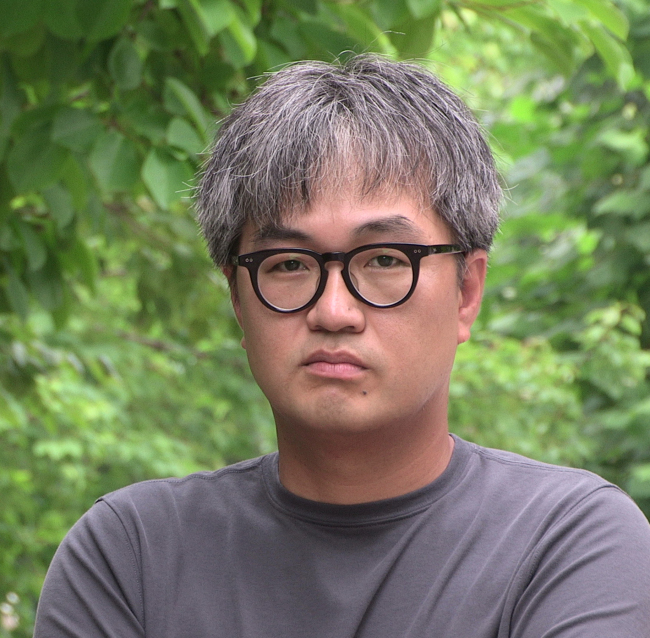 “With or Without You” director Park Hyuk-jee (JIFF)
“When the movie screened in Europe, people reacted almost as if it were science fiction, something not real. People couldn’t understand why these women still lived together, but that was what made it interesting.”

“It’s hard to define their feelings toward one another,” said Park. “It’s not friendship, it’s not love. But there’s something there that’s kept them together all these years.”

The title of the documentary, “With or Without You,” is an attempt to delineate how the two women think of their relationship at this time of their lives. Park explained his title through one particular scene of the movie, where Mag-gi attempts to teach Chun-hee the concept of money. 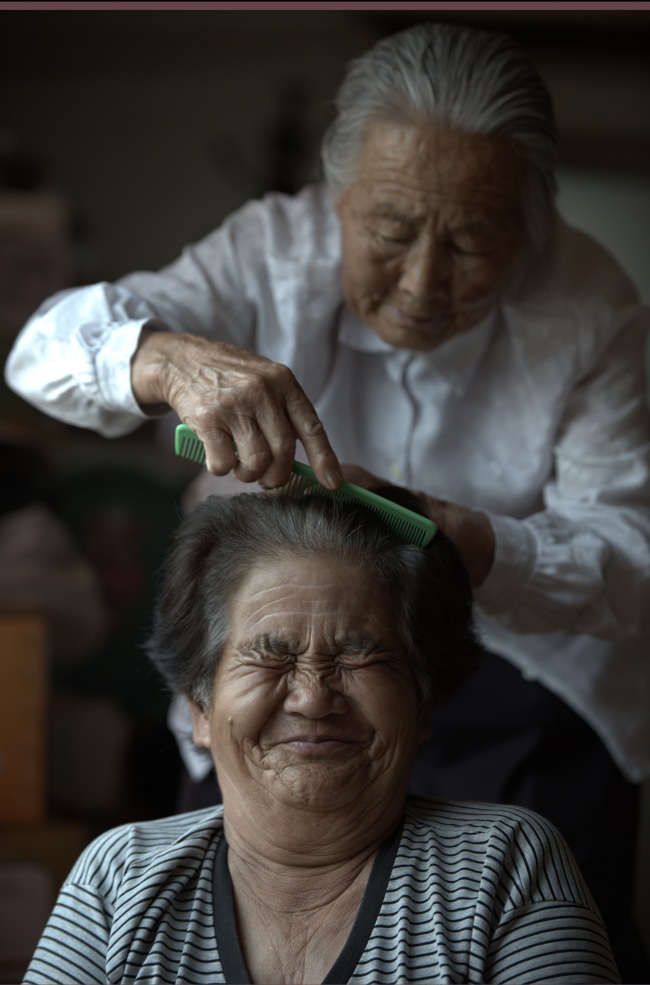 A scene from “With or Without You” (JIFF)
“Mag-gi wants to teach Chun-hee about money, because she’s 90 years old, and she knows she won’t be around much longer,” he said. “But you can see Chun-hee resisting. It’s not that she doesn’t understand. She does. She just doesn’t want to accept that there will come a day when Mag-gi won’t be around anymore.”

In Park’s eyes, Chun-hee always thought about Mag-gi in the concept of “with,” while Mag-gi always thinks about the impending state of being “without.”

“They are both such rich characters, and they’re so different that it’s almost hard to believe that they’re able to stand each other for more than 10 minutes,” he said. “I tried to show as much as I could through the film, but I know there’s still more.”

Park said he hoped that after the movie, the audience would remember Chun-hee and Mag-gi, bickering and caring after one another in Yeongdeok to this day.

The documentary, which won the Grand Prize at the JPP Documentary Pitching at JIFF two years ago, has plans to open in local theaters later this year.