[ The Korea Herald – Send E-mail ]
[Herald Interview] Pushing emotional extremes with a story of urban hell
By Won Ho-jung
Published : May 11, 2015 - 20:56
Updated : May 11, 2015 - 20:56
A young mother with an autistic child is chased by a loan shark who demands that she pay off her husband’s gambling debt. She is beautiful and doting; her husband is well-meaning but plagued by his addiction; the loan shark is ruthless and psychotic.

“Coin Locker,” which made its world premiere in the Korean Competition section of this year’s Jeonju International Film Festival, is a parade of cliches and extremes. That was what director Kim Tae-kyung intended. 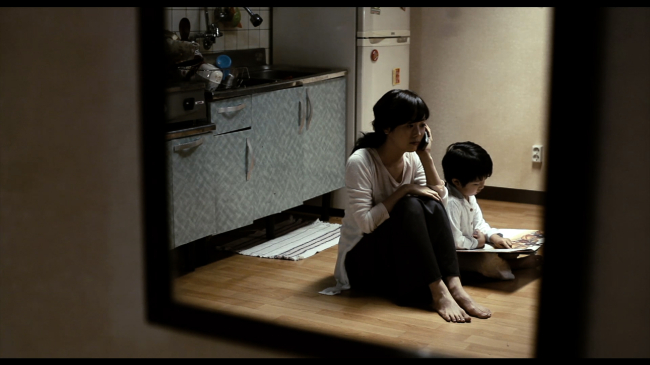 A scene from “Coin Locker” (Mountain Pictures)
“I began with the thought that today’s Korean society could be hell for some people. I wanted to create a scenario where they are pushed to their limits, with a cathartic explosion of emotion at the end,” Kim said in an interview with The Korea Herald in Jeonju during the film festival.

The loan shark Jae-gon (Jung Wook) relentlessly hunts Sang-pil (Lee Young-hoon) and Yeon (Son Yu-eun) throughout the movie. There is no comic or sympathetic relief, and the audience grows exhausted along with the protagonists. The situation gets so drastic that the only safe place Yeon can leave her son Gun-ho (Jung Woo-jin) is in a coin locker in a subway station.

“At first, it seems cruel that a mother would leave her son in a coin locker,” Kim said. “But it’s actually the safest, coziest place that she can think of in her world.” 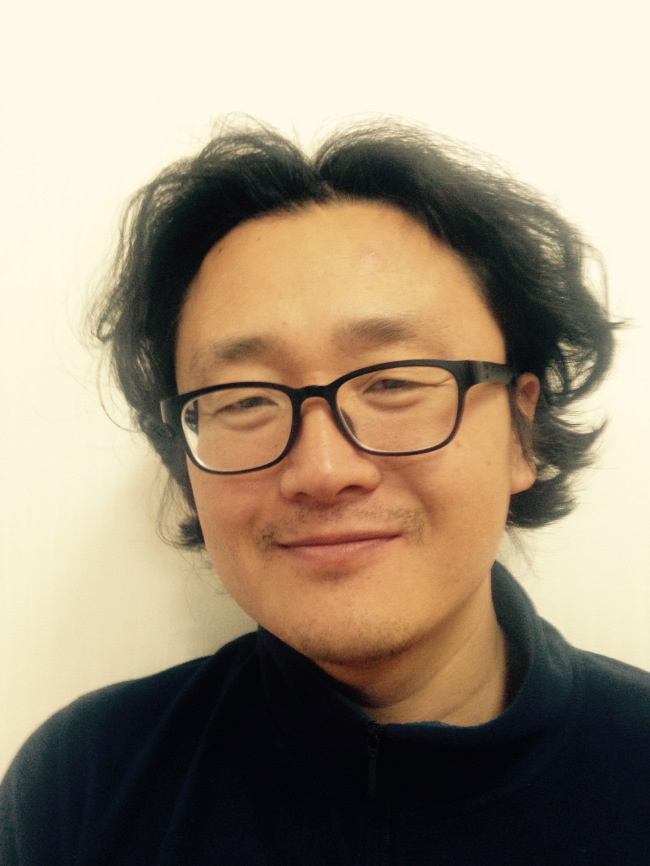 “Coin Locker” director Kim Tae-kyung (JIFF)
Kim said he was inspired to feature the coin locker almost a decade ago, when he saw a woman in high heels remove something from a coin locker at a subway station late at night. “For some reason, that image stuck with me,” he said.

It is when Gun-ho is safely locked inside the locker that the audience gets to escape Yeon’s world into Gun-ho’s fantasy world, where he freely talks about how he feels. The coin locker becomes a portal away from despair, a place that protects Gun-ho until his mother can take him away to New Zealand.

“The original script had a prologue and epilogue, but they were eventually cut,” said Kim. “In the epilogue, you see the grown-up Gun-ho returning to Korea and visiting his father’s grave, and everything comes around full circle.” For all its despair, “Coin Locker” is meant to be a comforting, cathartic experience.

The film opens in local theaters on May 28.