“Most unfair practices in business come from inappropriate payment systems,” said Rha Moon-soo, president and chief executive of the Korea Electronic Finance Clearing Institute, in an interview with The Korea Herald last week. 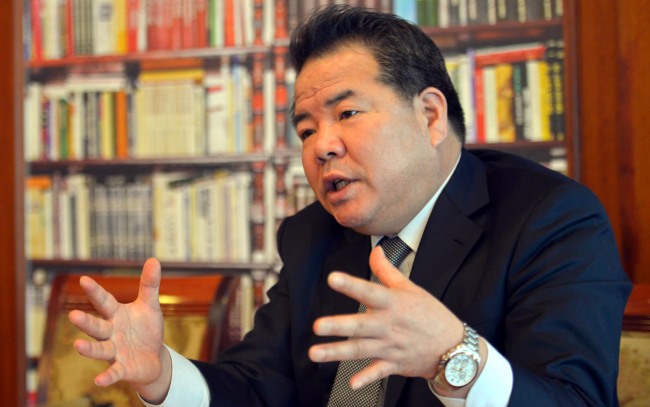 “One of the dark sides of such a practice is that one subcontractor’s bankruptcy leads to a chain of bankruptcies among the smaller subcontractors under its belt, whose corporate bills will never be paid.”

Rha, 55, took the launch of the Mutual Growth Payment System on April 1, 2013, as KEFCI’s highest achievement, which he expected to “greatly lower the bankruptcy rate of the SMEs, ultimately raising the country’s credit.” In the same year, the system won the best financial solution award by the financial regulator, the Financial Supervisory Service.

“Because these accounts receivable function as checks, the SMEs can enjoy the low bill discount rate, when they need fast cash before the date of maturity,” Rha said.

Among the six major banks and 10 local conglomerates, Woori Bank was the first major bank to subscribe to the solution. With the system’s launch, Woori Bank launched the Woori Mutual Growth Partner Loan to embrace the government-supported mutual prosperity drive between the conglomerates and the SMEs. In 2014, Shinhan Bank followed suit with its Shinhan Shared Growth Loan.

KEFCI’s efforts also won the South Korean government’s support in the nationwide drive for creative economy. The government has granted the participating conglomerates bonus points in the state evaluation of their corporate social contribution.

At the Mutual Growth Payment System’s launch on May 26, President Park Geun-hye delivered a congratulatory message, calling the financial solution “a model case of creative economy that spreads mutual growth throughout the nation’s business environment.”