The spring mountain scenery surrounding the temple is lush and pristine, as if this were the first spring it had ever known. But the temple, founded in 640, bears the signs of history in its time-worn walls. It is this history that the Jogye Order of Korean Buddhism hopes to celebrate through the temple’s inscription on the United Nations Educational, Scientific and Cultural Organization’s list of World Heritage Sites. 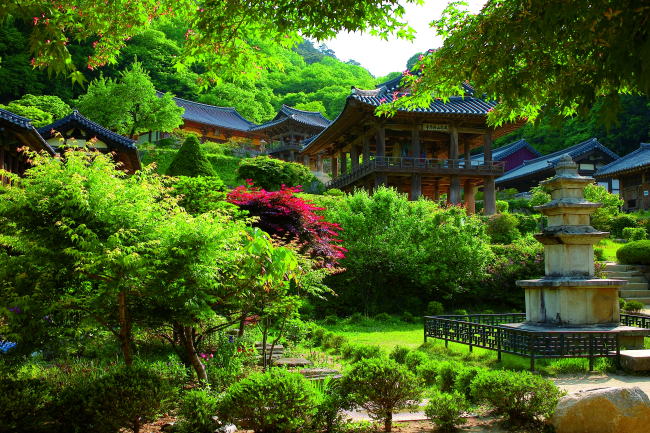 Buseoksa Temple (Jogye Order of Korean Buddhism)
The temple is one of seven temples (Beopjusa, Magoksa, Seonamsa, Daeheungsa, Bongjeongsa Temple, Buseoksa and Tongdosa) that will be presented together for nomination to the UNESCO list. Together, they hope to prove that they meet the qualifications of World Heritage; that is, to show that “the loss, through deterioration or disappearance” of these temples would constitute “an impoverishment of the heritage of all the peoples of the world,” and that they have “outstanding universal value.”

The ambiguity of those qualifications is what led the Jogye Order to join hands with the Korean National Committee of the International Council on Monuments and Sites to host a conference at Magoksa Temple on April 24, titled “Toward Understanding the Outstanding Universal Value of Religious Heritage.” 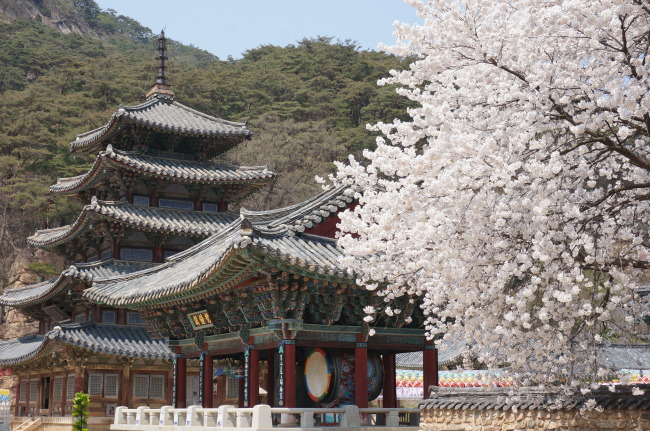 Beopjusa Temple
The conference brought together experts from all over the world specializing in cultural heritage to share their viewpoints on the role of religious heritage in the larger picture of world heritage. After a discussion about the concept of “outstanding universal value” by Guo Zhan, the vice president of ICOMOS China, and Britta Rudolff, a professor at the Brandenburg University of Technology, the floor was given to experts in Christian, Jewish, Hindu, Muslim and Buddhist heritage from different countries for specific examples of what constituted a site worthy of the UNESCO inscription.

According to Rudolff, it all comes down to how the story of each site is told.

“If you were speaking to a religious community, the shared themes of reflection or transformation might be a common language that could equally be exchanged and considered,” she said. “However, that is not the audience the nomination addresses. At least for the inscription procedure, the audience here is mostly heritage professionals with an architectural focus. The religious and ritual aspects must be explicitly explained.”

For the seven temples in consideration, that story has four major parts, according to Lee Sang-hae, emeritus professor at Sungkyunkwan University. 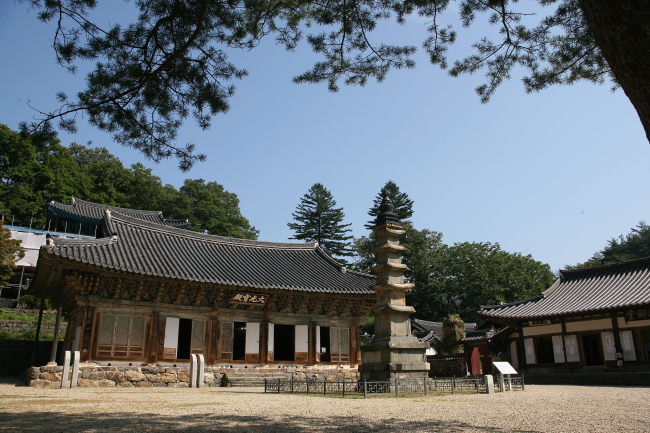 Magoksa Temple
First, the temples, all built during the 6th and 7th centuries and having undergone expansion or reconstruction during the 17th and 18th centuries, show the exchange of Buddhism among East Asian nations, making them symbolic in the overall history of Buddhism. For example, the decorative top of the stone pagoda at Magoksa Temple was inspired by the Lama sect of Tibetan Buddhism.

Second, the location and spatial layout of the mountain temples show the historic development of Buddhism in Korea, particularly through the Joseon Dynasty (1392-1910), when Korea was dominated by Confucian schools of thought.

Third, the temples are strategically designed to be in harmony with nature, emphasizing humanity’s coexistence with its natural surroundings. Fourth, the temples remain true to their original function today, with monks practicing ascetic and ritual living.

“We recognize the greatness of this Buddhist heritage, and we wanted to have it acknowledged by the world,” said Hyeil, a monk heading up cultural affairs at the Jogye Order Headquarters. “Through these architectural monuments, we wanted to show foreigners the living, breathing spirit of Buddhism that exists in Korea to this day.”

Still, there are more questions to be answered on the path to inscription.

“It is well established why these temples are different from those in China or Sri Lanka,” said Rudolff. “The real question is, why are these different from the temples that are left in Korea? Why do you need these particular seven to tell this story?”

Sharif Shams Imon, the president of ICOMOS Bangladesh and an expert in Islamic heritage, added, “To go to the global level, you must have a very detailed comparative analysis to show why this is outstanding. Just within your country, there is no doubt that you understand its value,” he said.

To maximize the likelihood of inscription in 2018, Rii Hae-un, the president of ICOMOS Korea, said that the committee behind the campaign would continue to invite exchanges of ideas like this conference.

“We will be having another conference in the fall, focusing just on Buddhism,” she said. “It will be the next step in formulating a comparative analysis of Buddhist heritage within the Asian region.”