It is often challenging for a state-run bank to support small-sized companies and to make tangible profits at the same time, especially when it comes to unpredictable industries such as culture and entertainment.

But by discerning promising projects and making bold investments, the Industrial Bank of Korea has successfully distinguished itself in the creative content financing sector.

“It was our belief that in order to boost these SMEs, it was more important to provide them with active investment rather than loans.” 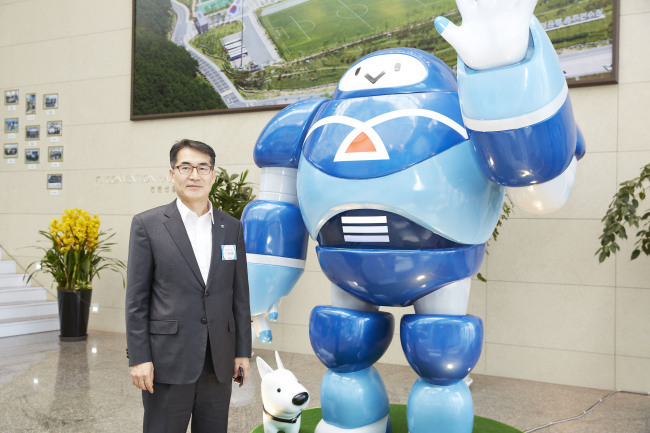 “Up until 2013, our culture-related business was largely focused on offering accessible loans to companies,” he said.

“But as the bank decided to expand its horizon, we shifted to making direct investments into promising projects, which turned out to be more lucrative than expected.”

This fundamental approach also came in line with the state-run bank’s management policy, which is to financially support and foster local SMEs.

IBK’s investments include a series of hit products, such as the movie “Ode to Father,” “Myeongryang” (Roaring Currents) and the television drama “My Love from the Star.”

The most profitable project was the movie “Suspicious Woman,” which won the bank an unprecedented 203 percent profit.

Last year, its investment earnings rate in cultural contents was 6.7 percent, which was far above the target and about triple the general earnings rate of the bank. The target rate for this year is 8 percent.

Despite all the glory, it remains a fact that the creative content business is a relatively unstable, high-risk sector, according to the banker.

“We do not rely on wild guesses in predicting whether a film or drama will become a hit,” he said.

“What we do is a two-way process, assessing a product in the creative content market’s perspective and studying how to lower investment risks and maximize profits.”

Every Friday, all 12 members of the division gather in Yang’s office room and go over new film or drama proposals to shortlist the right investment projects.

“It is not just the value of the proposal that matters, but also all other factors such as the director in charge, starring actors, rival products that are expected to hit the screen simultaneously, and the general trend of the market,” he said.

This is why his crew has unique characteristics ― cool-headed bankers on one side and creative thinkers on the other, he added. In fact, several of them have yearslong experience in filmmaking or creative content and digital content promotion.

“In this age of low growth, banks have to break free from conventional business frames and seek creative breakthroughs,” Yang said.

“IBK’s creative content department, by playing its intermediary role between the bank and the cultural sector, will set a positive example on how this may be achieved.”