The film or television drama production industry may look grand from the outside but for those who work in the trade, bidding contracts and meeting deadlines is a nerve-wracking process ― especially as it is operated on a tight budget.

But what if banks provide a direct and sustainable investment channel so that these companies could focus on their cultural content production?

This is what the Industrial Bank of Korea did for Kimjonghak Production, a leading outsourcing production firm specializing in television dramas. 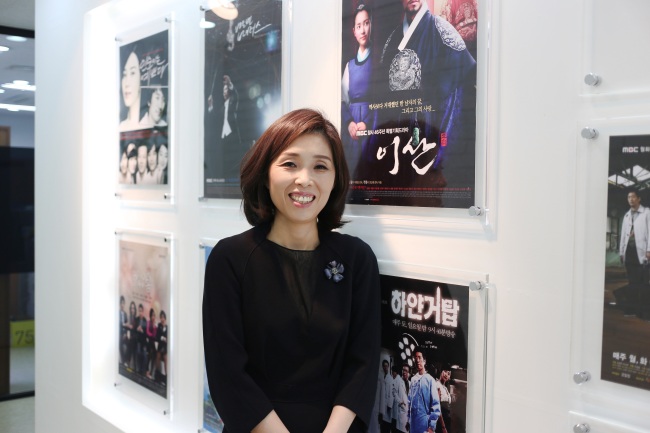 “Fortunately, our works have been successful and our staff loyal throughout the hardships, but it is difficult to guarantee the quality of the final products when profitability is insecure.”

Kimjonghak Production was founded in 1998 by the late Kim Jong-hak, the producing director of “The Hourglass,” a popular drama broadcast by SBS back in 1995.

“Thanks to the legacy of the founder, our company received much attention from the beginning and has been able to prove its capability in drama production,” Son said.

“But the market has grown tight over the years, partly because of the increasing number of newly-established rival companies and partly because broadcasters started to promote in-house productions.”

Also, the growth of the overseas market in Japan and China has slowed down, further straining South Korea’s culture industry which had expanded in size over the years to meet the soaring demand.

“Exports of TV drama and films grew exponentially from 2003 to 2005, but have recently started facing restrictions from Japan and China,” Son said.

It was amid such changes that IBK stepped in, under the lead of its creative content financing department. The bank invested in a series of dramas including “Healer” broadcast on SBS and “Queen’s Flower” on MBC.

“Previously, investors only focused on the financial status when deciding their investments but this changed after IBK started its creative content business,” Son said.

“There has been an increase in the number of culture-driven investors, who properly assess the market potential of a cultural product and see beyond the current numbers.”

The greatest value of IBK’s creative content crew is that they are capable of approaching the cultural content market from a creative perspective, and of maintaining their objective stance as a banker at the same time, she added.

Also, IBK’s trend of direct investment helped to lower the threshold between producer and investor, she said.

“Despite the persisting fears that they may make an unstable investment, cultural contents could become a valid source of profit, if only investors can discern the value of the product.”