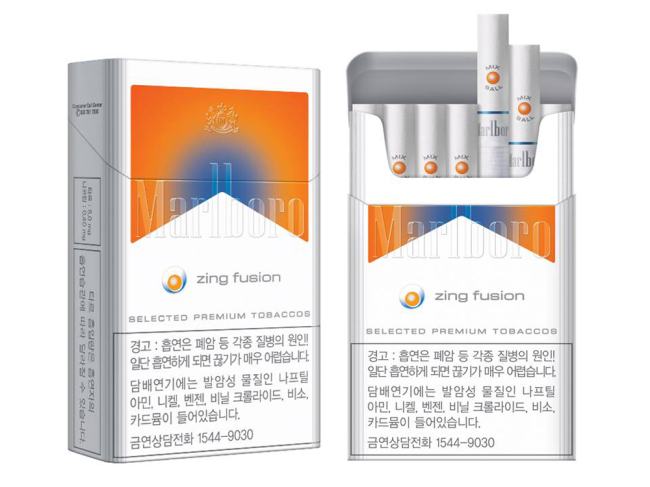 Marlboro Zing Fusion
Before this, the company launched a number of brands in the Marlboro Fresh category, including Marlboro Ice Blast and Marlboro Hybrid, targeting the young adult smokers.

The Marlboro Zing Fusion contains 5.0 mg of tar and 0.4 mg of nicotine, and is available from April 1 with a retail price of 4,500 won per pack.