South Korea said Thursday it has successfully sent a new science satellite into space, its radio communication with the country's ground station indicating that the satellite is operating properly.

A radio communication between the satellite and South Korea's ground station was established at 1:05 p.m. KST, or 5 hours and 57 minutes after its launch, according to officials from the Korea Aerospace Research Institute. 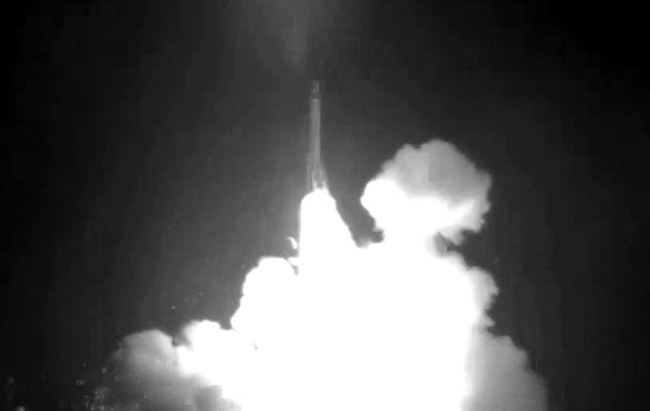 "We may conclude that the launch and deployment of the KOMSAT-3 have been successful following its successful communication with the country's ground station in Daejeon," Choi Seok-won, a KARI official in charge of the satellite program, said.

The KOMSAT-3A was sent into space on a Russian rocket, Dnepr, a launch vehicle converted from a Soviet-era intercontinental ballistic missile.

Real-time observation of the launch was unavailable as the Russian launch pad remains off-limits to public access.

The KOMSAT-3A is equipped with an optical lens with the highest resolution so far on any South Korean satellite that can provide clear images of any object greater than 0.5 meter in diameter on the Earth's surface.

It is also equipped with an infrared sensor that can detect changes in temperature, enabling it to monitor any volcanic movements or forest fires.

Together with the KOMSAT-5, the country's first science satellite with synthetic aperture radar launched in August 2013, the new satellite will help enable 24-hour monitoring of the Earth's surface regardless of weather conditions, KARI officials said.

The KOMSAT-3A will circle the Earth approximately 15 times a day in a synchronous orbit for the next four years.

South Korea is planning to develop its own space launch vehicle for a test launch in 2019. (Yonhap)