[ The Korea Herald – Send E-mail ]
Accor bets on Korea’s tourism growth
By Lee Woo-young
Published : Mar 12, 2015 - 19:19
Updated : Mar 12, 2015 - 19:19
South Korea may soon join the ranks of the world’s top tourism destinations such as Thailand, if it continues to achieve double-digit growth in the number of inbound travelers over the next five years, said the Asia-Pacific chief operating officer of French hotel operator Accor.

The country attracted some 14 million foreign visitors in 2014 and has seen an average 12 percent growth in foreign arrivals for the past three years.

“That’s heavy growth,” said Patrick Basset, who oversees Accor’s business in Thailand, Vietnam, South Korea, Cambodia, Laos, Myanmar and the Philippines in an interview Wednesday. The Bangkok-based official was in Seoul for the opening of ibis Styles Ambassador Seoul Myeongdong, the eighth hotel property in Seoul under the joint venture between French hotel group Accor and Korean hospitality company Ambassador.

“Korea has been adding nearly 2 million additional visitors every year. Asia, overall, is on a dynamic path in tourism with the increase in middle-income travelers. I think Korea can expect to see double-digit growth for the next five years,” added Basset. 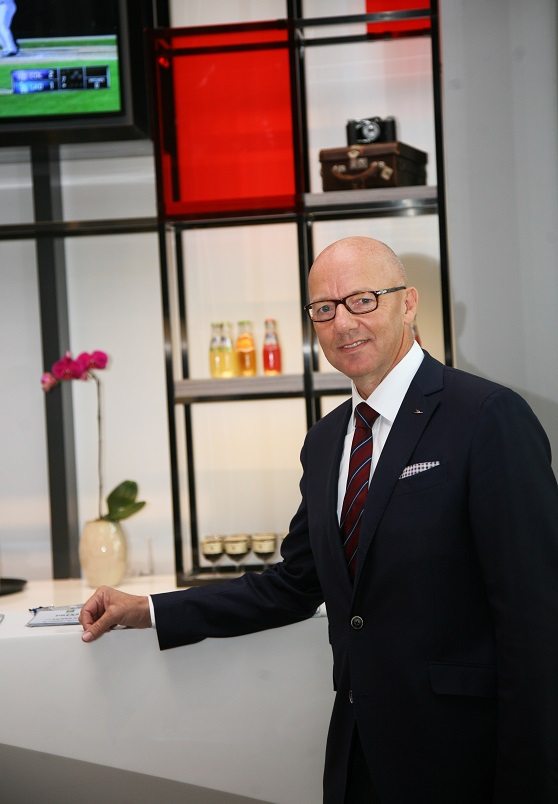 Patrick Basset, Accor’s chief operating officer, poses in the newly opened ibis Styles Ambassador Seoul Myeongdong, Wednesday. (Accor Ambassador Korea)
To respond to the surging number of foreign visitors, the country has seen an unprecedented hotel development boom. The number of hotel properties in Seoul jumped by 65 percent from 131 in 2010 to 217 in 2014.

Accor Ambassador has been expanding its presence in Korea. It has opened six hotels here since 2013 and now runs a total 16, eight of them under its budget brand ibis.

Four new hotels are being developed in Seoul’s central district of Yongsan, with a combined capacity of over 2,000 rooms. Once they are completed in 2017, the area is expected to be reborn as a multifunctional district equipped with commercial, business and entertainment facilities.

“It’s the biggest single hotel development property for Accor in the world,” Basset said. “When you have a double-digit growth in the number of inbound visitors, the matter is how fast rooms are coming up.”

“We’re seeing a solid growth in the number of guests staying in our hotels throughout the country amid strong demand for quality, yet affordable accommodation in Seoul,” the official said.

“Ibis Myeongdong and Gangnam have been very successful, which inspired many local developers.”

The ibis hotels in key tourist locations such as Myeong-dong, Gangnam and Insa-dong are enjoying high room occupancy that range from 78 to 92 percent. The average room occupancy of Ibis Ambassador Myeongdong stays above 90 percent.