“It’s the most important segment in the hotel business and sets the standard for a hotel that customers can reference in their choice of hotels,” she said.

At her hotel, weddings make up 38 percent of banquet sales, followed by corporate functions (37 percent) and conventions (25 percent). The hotel plans to increase its wedding-related banquet sales to 50 percent. 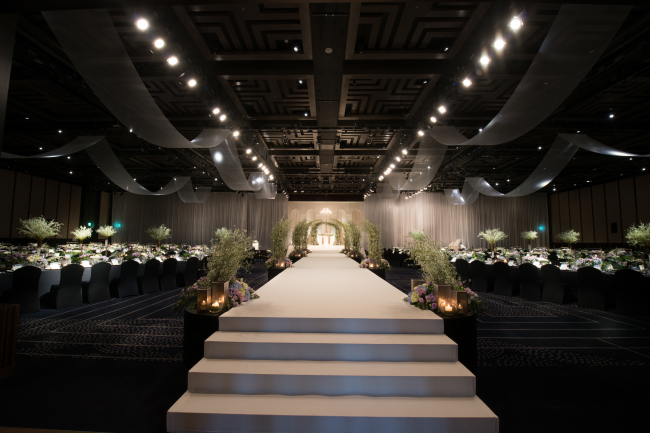 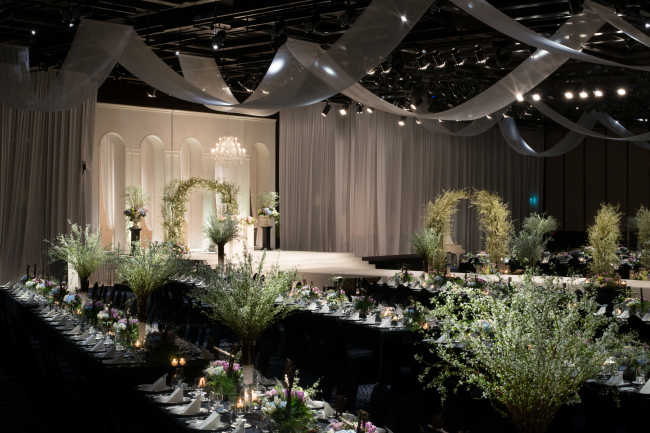 Faced with dwindling room occupancy and increasing competition, luxury hotels are turning to local customers who are willing to splurge on weddings, babies’ first birthday parties and other private celebrations.

The number of rooms in Seoul is expected to increase from 31,712 as of July 2014 to 52,093 in 2016 if all hotel projects are conducted as planned, according to the Seoul Metropolitan Government. Some experts say supply may exceed room demand, based on a government projection of tourist arrivals and their choice of accommodation.

Room occupancy rates have been falling as more foreign tourists, especially Chinese, who have emerged as the largest group of travelers in Korea, weigh an ever-broadening range of affordable accommodation options.

Against this backdrop, luxury hotels are courting locals with banquet promotions, posing as friendly but upscale venues for family events.

Banquet halls can be used for a variety of occasions, but weddings are the most lucrative for hoteliers.

At a five-star hotel in northern Seoul, big weddings are usually held by business leaders and celebrities -- figures the hotels would like to have as loyal customers. 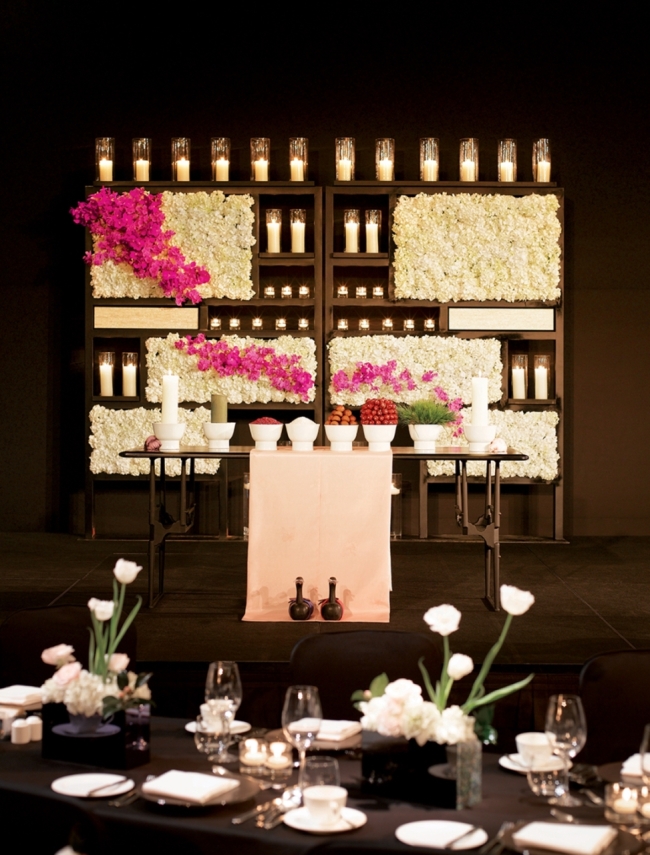 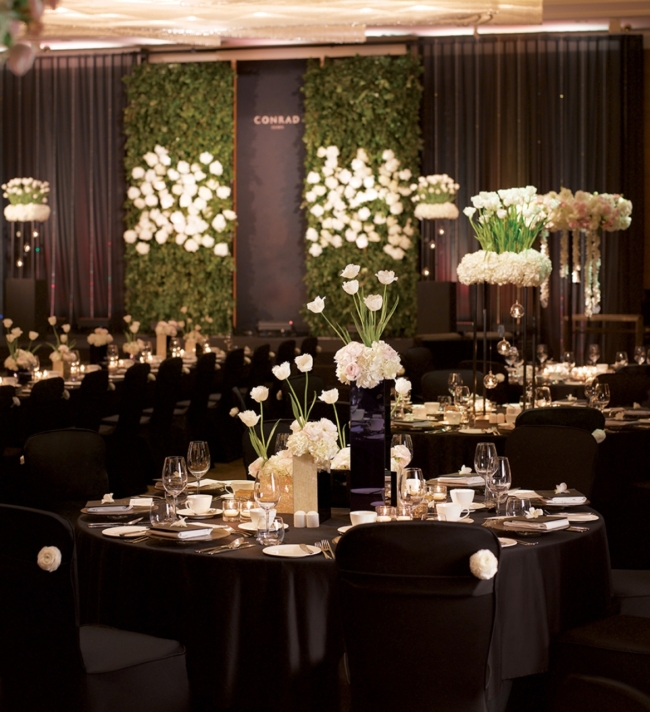 A wedding ceremony display at Conrad Seoul (Conrad Seoul)
“Such big weddings are usually held for sons and daughters of CEOs, corporate executives or celebrities,” said a representative at the hotel, who wished to remain anonymous.

“If you look at the sales volume, banquets -- conferences and weddings -- make up a larger proportion than room sales,” said Hannah Jeon, public relations coordinator at Conrad Seoul.

Conrad Seoul recently came up with a unique wedding concept that mixes traditional elements from Western and Korean-style weddings.

Targeting international couples, the hotel staged a wedding show earlier this month, presenting a fusion of the West and Korea in terms of wedding gowns, decorations, table settings and food.

“Hotels are more than a place for accommodation. They makes your special day even more special,” said Jeon.

Weddings are seen by hoteliers as an opportunity to create a loyal customer base.

“Many customers come back to the hotels they held their weddings at later for their baby’s first birthday party or other family gatherings,” said Kang.

First birthday parties are more than a close family celebration in Korea as the guests often include relatives, friends and coworkers. Packages for the parties resemble those of weddings, but on a smaller scale. 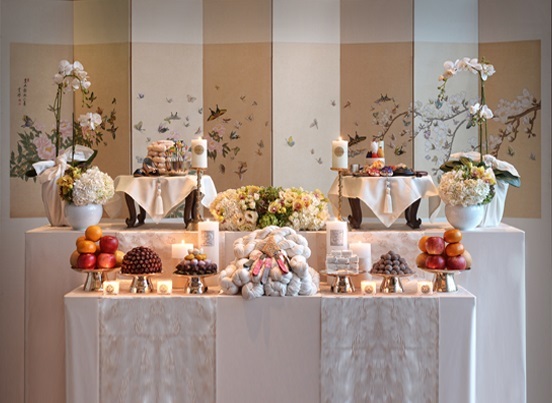 A table setting for a baby’s first birthday party at Park Hyatt Seoul (Park Hyatt Seoul)
Packages include photos, hairstyling, makeup and attire for the baby, mom and dad, plus the traditional table setting called “dol sang.” Items such as threads, pencils and money are placed on the table. What a baby picks is believed to foretell its future, with threads, for example, symbolizing a long life and pencils symbolizing academic accomplishments.

Renaissance Seoul Hotel, located in the business district of Gangnam, hosted an average of 23 to 25 first birthday parties per month last year. The price for a “dol party” ranges from 330,000 won to 2 million won ($305 to $1,852), depending on the scale and type of package. That excludes the cost of a meal and drinks for party guests.

The hotel receives about 60 to 70 percent of its banquet sales through weddings and first birthday parties.

This is the third and last in a series of articles on Korea’s hospitality industry. -- Ed.