[ The Korea Herald – Send E-mail ]
[Newsmaker] Whistleblower’s tale worthy of a spy novel
By Korea Herald
Published : Feb 10, 2015 - 20:25
Updated : Feb 10, 2015 - 20:25
PARIS ― Herve Falciani was once just an IT worker at a big bank, but since running off with hundreds of thousands of damaging documents from banking giant HSBC he has been alternately called a hero and a thief.

“He is brave. We have the highest opinion of Mr. Falciani’s work, whatever his motivations may be. He has served the public interest,” said Eric Alt, vice president of the French antitax fraud group Anticor.

Swiss authorities however have charged him with data theft for taking the documents that became the basis for the SwissLeaks revelations this weekend. 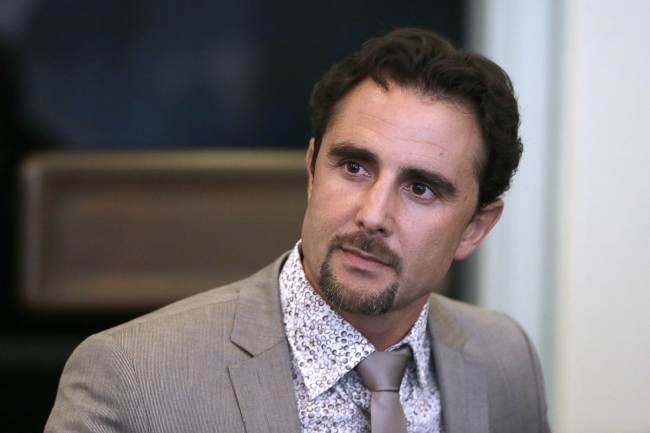 Life was not always so complicated for the 43-year-old Franco-Italian, but later twists would be worth of a spy novel, according to Le Monde journalist Gerard Davet.

He started off working in a Monaco casino in the 1990s, before becoming an IT worker for HSBC in 2000. When he moved to the bank’s offices in Geneva in 2006 his life would take a major turn.

The so-called “Snowden of tax evasion” and “the man who terrifies the rich” obtained access to a massive database of encrypted customer information.

In 2007 Falciani took the names of over 120,000 clients and by 2008 headed for Lebanon with his mistress and a plan to sell the data. Swiss authorities described it as “cashing in.”

Yet suspicious bankers in Lebanon were not interested in buying the dubiously sourced client list, and at least one instead tipped off counterparts in Switzerland to Falciani’s activities.

After his plan to sell the data fell apart, Falciani got in contact with European fiscal authorities and began passing them the pilfered information, which prompted numerous tax evasion audits.

Though he remains wanted on data theft charges, France and Spain have offered him protection by refusing to extradite him to Switzerland. He did, however, spend a couple months in a Spanish prison in 2012 at Switzerland’s request before winning his release for helping Spain track down its tax cheats.

Falciani even made an unsuccessful run in May’s European Parliament elections as a candidate for Spanish protest party, Partido X.

These days Falciani makes 3,500 euros a month (over $3,900) in exchange for lending his scientific expertise to French tax authorities. His paychecks come from France’s national computer technology institute INRIA, where he has been a researcher for the past few years.

In comments to the French Senate in July 2013 he said he represents “a threat to the most precious asset of private banks: their reputation.”

In an interview on Monday with Swiss public broadcaster RTS, he said far more needed to be done to protect whistleblowers like himself, including financial support.

“You must not be naive. We are made of flesh and bones ... we cannot do this merely with the energy of our own despair,” he said.