[ The Korea Herald – Send E-mail ]
Cancer movie wins top prize at Sundance Film Festival
By Korea Herald
Published : Feb 1, 2015 - 20:36
Updated : Feb 1, 2015 - 20:36
LOS ANGELES (AFP) ― “Me and Earl and the Dying Girl,” a moving drama about a teenager who befriends a classmate with cancer, won the top prize at the Sundance Film Festival on Saturday.

The U.S. documentary award meanwhile went to “The Wolfpack,” while in the non-U.S. categories the main prizes went to a Scottish filmmaker and a movie about Ukraine’s ongoing struggle in the shadow of its former Soviet masters. 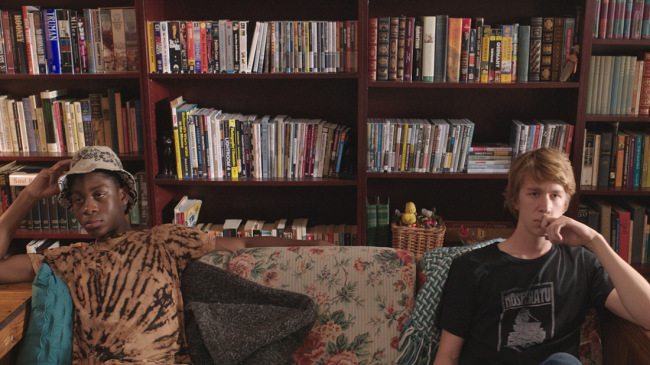 “Me and Earl and the Dying Girl.” (Sundance Film Festival)
Sundance winners regularly go on to critical and awards success at Hollywood’s main prizegiving ceremonies. Last year’s top winner, “Whiplash,” is nominated for best picture at this year’s Oscars.

“Me and Earl and the Dying Girl” by Alfonso Gomez-Rejon took the Grand Jury Prize for a US drama at the end of a two-hour awards ceremony in the Utah mountain resort Park City.

The best director for US drama was named as Robert Eggers for his horror movie “The Witch.”

Among U.S. documentaries, “The Wolfpack” by Crystal Moselle took the Grand Jury Prize, while best director went to Matthew Heineman for “Cartel Land,” about drug wars in Mexico.

In the world cinema categories, the Grand Jury Prize for a drama went to “Slow West” by Scottish filmmaker John Maclean, which follows a teenager on a journey across 19th century frontier America in search of the woman he loves.

“Thanks to dad for taking me to see Westerns when I was a wee boy,” he said in a message to the festival.

The world documentary Grand Jury Prize was given to “The Russian Woodpecker,” which takes a stab at Russian President Vladimir Putin, in a story about the revolution in Ukraine and the 1986 Chernobyl nuclear disaster.

“I don’t think we can stop Russia with bombs, but I think with a little bit of art and truth maybe we can make some progress,” said the movie’s American director Chad Gracia.

The 2015 Sundance Film Festival opened on Jan. 22 and officially ended on Sunday.