Not quite, said a study Wednesday that challenged long-held views of sexual selection.

It turns out the dynamics of sex are partly driven by the law of supply and demand: a man’s fidelity depends to a large degree on the number of available women. 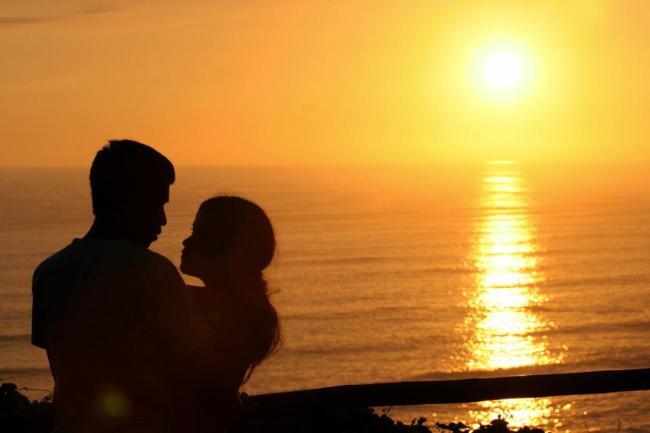 The dynamics of sex are partly driven by the law of supply and demand: A man’s fidelity depends to a large degree on the number of available women, a study has found. (AFP)
“When women are hard to find, the best strategy is to find one and stick with her.”

Men who continue skirt-chasing when competition among men is high essentially risk losing out altogether, said Schacht: “If a man were not to live up to a woman’s expectations, she has plenty other options to choose from!”

The findings, published in the journal Royal Society Open Science, are based on a 16-month study of members of the 13,000-strong Makushi tribal community of hunters, fishermen and farmers in southwest Guyana.

Extended families live in villages of 160 to 750 people and premarital sex is seen as a normal part of partner-finding before settling down in a monogamous marriage.

Makushi gender relations are egalitarian, according to the study authors.

From 2010-2011, Schacht and his wife Jacque spent months building rapport with the tribe before doing confidential interviews with 300 men and women, aged 18 to 45, in eight communities with sex ratios ranging from 90 to 140 men for every 100 women.

● How many sexual partners have you had in the past year?

● How many do you expect to have in the coming five years?

● Do you enjoy casual sex?

● Is sex without love acceptable and enjoyable?

The Makushi were chosen because they form a homogenous group that shares a belief system and socioeconomic circumstances, which meant religious and cultural differences would not color the results.

“In general, Makushi men show a greater willingness to engage in uncommitted sex than do women, as the stereotype predicts,” said Schacht.

“Men, when women were abundant, were the cads we often expect them to be. They had many sexual partners, and yet still wanted more!”

But this changed in areas where men were in the majority.

“In fact, in the communities with the most surplus men, men’s and women’s preferences were indistinguishable ― both men and women desired long-term, committed relationships with a single partner.”

Women’s preference for a committed relationship did not change, the researchers found.

Why? “Short-term, uncommitted relationships are potentially costly” for women, for whom the physical and time investment in procreation, as carriers and rearers of children, is a lot bigger than for men.

Some of the results were surprising, said the team, for example contradicting the conventional view that when men outnumber women there are likely to be more fights among men and an increase in sexually transmitted diseases.

But mainly, they challenge the commonly held view of gender roles that stems from Charles Darwin’s near 150-year-old theory of sexual selection ― essentially a picture of choosy, coy females and ardent, promiscuous males.

“It’s time to move away from stereotyped assumptions of men having certain behaviors and women having others,” said Schacht.

The message “is that sexual stereotyping of what is ‘male’ or ‘female’ behavior based on biological sex differences is largely inappropriate,” he added.

The study may hold interesting social data for Asian countries where a preference for male offspring has led to a majority of men over women in certain age groups.

But the findings may not apply to all communities, said Schacht ― potentially influenced by differences in culture, religion and socioeconomic status.

“The global story is likely to be a bit more complicated,” he said, and in patriarchal societies, for example, a gender ratio favoring men may intensify male sexual control over women.

“But I think that, in general, in areas where women are largely free to choose their partners, a male-biased sex ratio increases their (women’s) bargaining power in the market.”