“It’s my first time receiving the best dressed award,” said Jang at the award ceremony at the Grand Hyatt Seoul. Jang gained huge popularity when he appeared in the reality entertainment show “Real Men” in which eight male celebrities experience life in the army. His comedic role in the TV drama “Fated to Love You” received praise from fans and viewers. 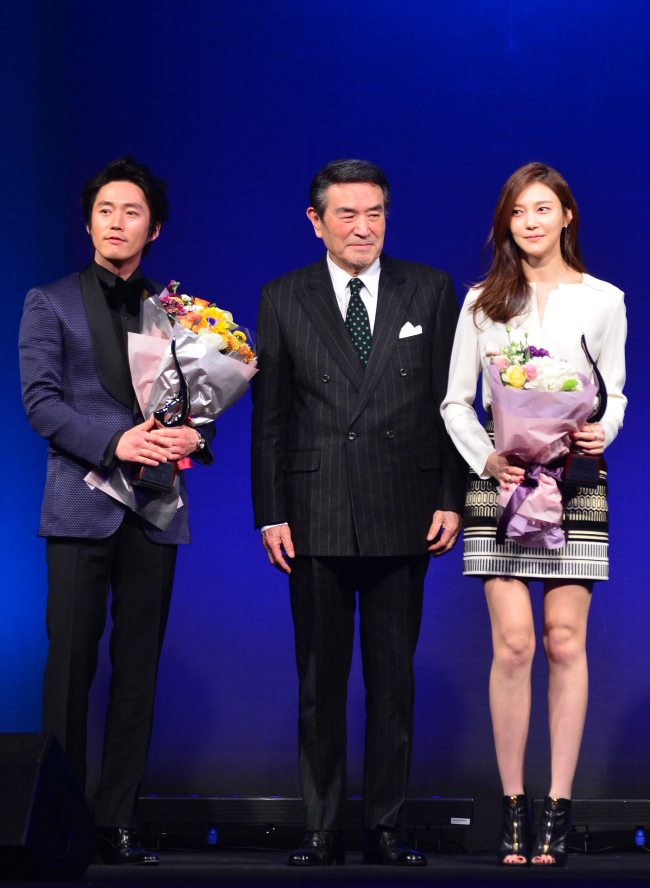 Actor Jang Hyuk (left), Namgoong Won (center), honorary chairman of Herald Corp. and president of the Motion Pictures Association of Korea, and actress Cha Ye-ryun pose for a photo at the Herald Donga Lifestyle Awards. (Yoon Byung-chan/The Korea Herald)
Cha, a former model, was also named best dressed of the year. She has been noted for her style choices and appeared on fashion channels to introduce her fashion items. “The award is like a gift given to me as a year-end present,” she said. 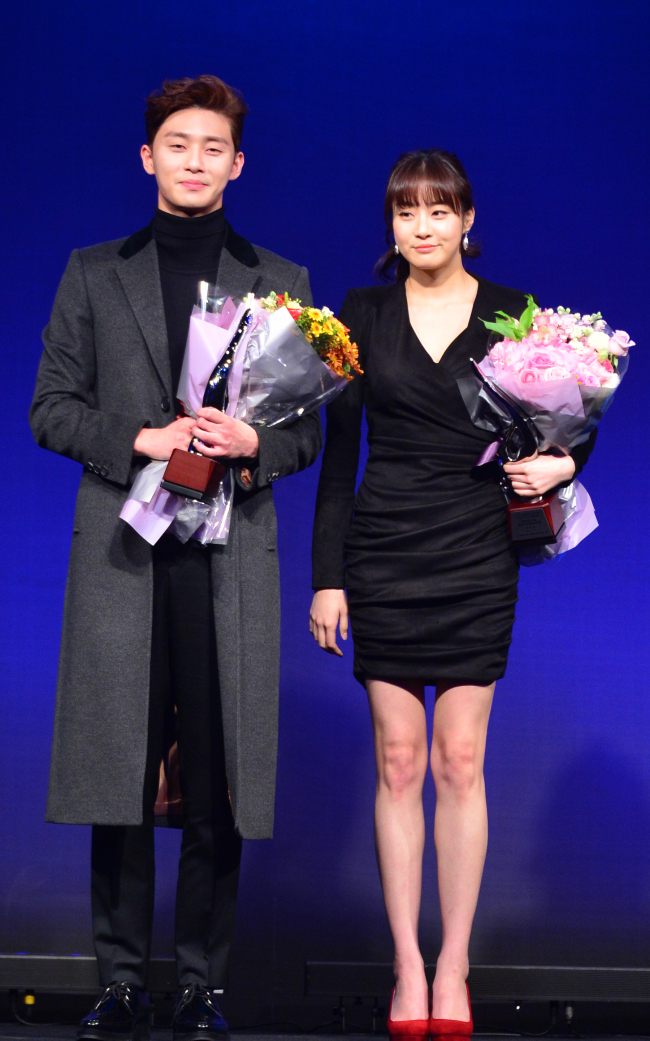 Actor Park Seo-jun (left) and actress Kang So-ra pose for the media after receiving the best style of the year award at the Herald Donga Lifestyle Awards. (Yoon Byung-chan/The Korea Herald)
More celebrities were recognized for their stunning styles. Actor Park Seo-jun and actress Kang So-ra were named the best styles of the year. Actor Choi Sung-jun, actress Kim Sae-ron and singer Park Bo-ram were named the style icons of the year.

Samsung Electronics, one of the largest mobile phone manufacturers, was given the lifestyle grand prize by Ministry of Trade, Industry and Energy for the third consecutive year for its Galaxy Note 4, released in September.

“It’s an honor to receive the big award. I think it recognized our effort to meet people’s needs for improving their lifestyle with our products and technology,” said Baek Soo-ha, executive director of Samsung Electronics.

The lifestyle award by the Ministry of Culture, Sports and Tourism in recognition of the promotion of pop culture went to a show production agency HB Entertainment, whose drama creations such as “My Love from the Star” and “My Daughter Seo-young” gained huge popularity in Korea and overseas this year.

Designers were also awarded for their creative designs in accessory and clothes. Womenswear designer Lee Suk-tae of Kaal E. Suktae received the Seoul mayor’s award for his contribution to nurturing young designers.