In many cases, the surgery inevitably requires a urostomy, the creation of an artificial opening that allows one’s urine to be collected in a bag attached to the outside of one’s body.

After this procedure, one has to empty the flat, watertight bag regularly. And according to surgeon and professor Lee Dong-hyun, who specializes in urology at Ewha Womans University Mokdong Hospital, having a urostomy can severely damage one’s quality of life.

“A lot of the patients constantly worry about their body image, and the possibility of a leaking bag,” although many also learn to cope with their changed appearance and condition successfully, he said during an interview with The Korea Herald. 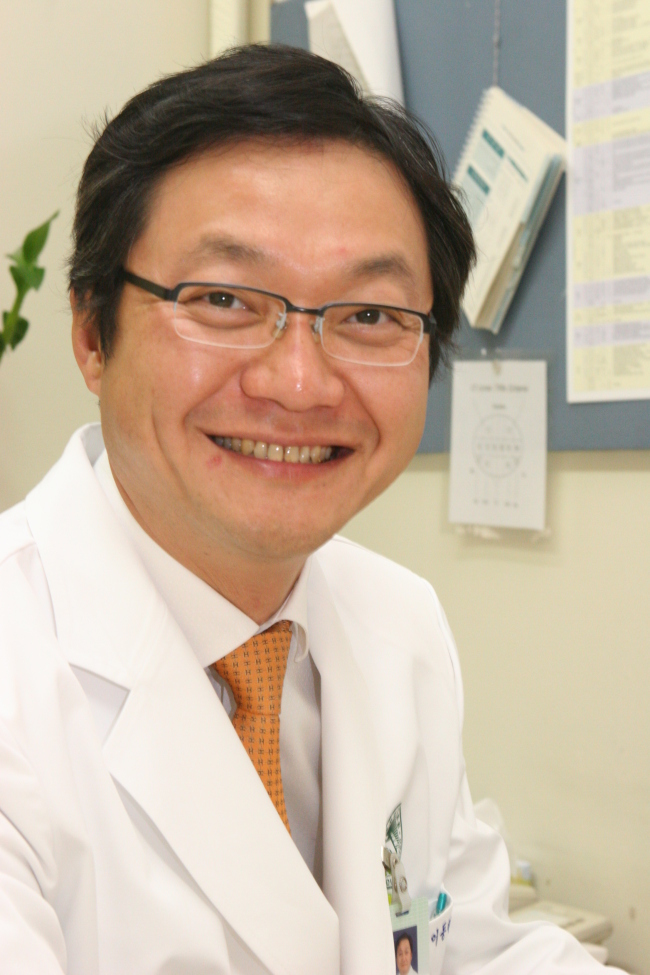 Doctor and professor Lee Dong-hyun. (Ewha Womans University Mokdong Hospital)
“They wouldn’t want to go to public baths and swimming pools. Many would choose to stay at home rather than go out.”

For those who have to undergo a cystectomy, Lee has an alternative option. He is one of very few doctors who perform bladder replacement surgery, which involves creating an artificial bladder, in South Korea.

The procedure, which was first introduced here in the late 1990s, involves shaping a part of a patient’s small intestine into a pouch and placing it in the location of the original bladder. Lee performs the procedure right after a cystectomy, and it usually takes about four hours to complete.

“One of the best benefits of the procedure is that one does not have to carry a bag attached on the outside of one’s body that collects urine,” Lee said.

“After a certain amount of training and adjustment, you can go back to doing normal things, such as playing sports or driving.”

However, patients must go through training in order to adjust to having an artificial bladder, said Lee. Because the organ is made of tissue from their intestine, they don’t have the nerve supply that tells them when their bladder is full.

In order to pass urine, patients must hold their breath and push down on their abdomen, and must do this regularly. “It takes about three months to get used to this,” Lee said. “It can be challenging at first, but it is completely doable.”

Bladder cancer is more common among South Korean men than women. It is the sixth most common cancer among men here, according to Lee.

While the replacement surgery is not suitable for every bladder cancer patient ― if one’s urethra, the tube connecting the urinary bladder to the genitals, has been affected by the cancer it’s not possible to get an artificial bladder ― Lee said he would like more people to know that the procedure is an option for them and it exists.

“Many who fear a cystectomy choose to get chemotherapy instead,” he said.

“But receiving too much chemotherapy often results in a stiffening or hardening of the exposed tissues. This sometimes makes it impossible to remove one’s bladder even when it becomes necessary.”

He also said one should study one’s options carefully before deciding to receive a urostomy. “Make sure you find out if you are suitable for a bladder replacement first,” he said.

“Because once you receive a urostomy, the chances are you will no longer be suitable for bladder replacement since the procedure often requires the removal of your urethra tissues as well.”