[ The Korea Herald – Send E-mail ]
[Weekender] Urban renewal starts in the alleys
New public architecture projects transform bland neighborhoods into aesthetically attractive districts
By Lee Woo-young
Published : Nov 7, 2014 - 21:33
Updated : Nov 7, 2014 - 21:33
For the past decade, major urban projects in Seoul have centered on creating landmarks to achieve the ambition of making it the design capital of Asia. Old buildings and neighborhoods have been transformed into high-end locales designed by famous architects.

While the Korean capital has gradually turned into an ultramodern city, the streets and alleys behind the landmarks have been left with indistinct buildings that still comprise much of the landscape.

“Today, Seoul seeks to reflect originality and new values through its landscape. Seoul puts much value on reestablishing its identity with realistic and social purposes,” said architect Seung Hyo-sang in a recent public architecture exhibition. Seung was recently appointed by the Seoul mayor to oversee Seoul’s urban planning.

The goal is to look back on the urban development projects during the period of rapid economic growth after the Korean War ended in 1953. “Such development left the cityscape of Seoul disorganized,” Seung said.

Change started with local public facilities that residents walk past every day. Several renovation projects have taken place to improve the look of residential neighborhoods.

Poet Yoon Dong-ju Memorial Museum in Jongno-gu, Seoul, was the start of the new urban design trend. The small museum overlooking downtown Seoul was an old water pump facility before it opened in 2012. Since its opening, the museum has been cited as a successful case of converting an old, abandoned facility into a cultural space. It has also revitalized the residential area, being a cultural spot that attracts visitors from outside the neighborhood. The building, designed by architect Lee So-jin of Atelier Lion Seoul, won the 2014 Seoul Architecture Award.

Several other local public facility renewal projects have followed. Among them are a fire station in Guro-gu, local community renovation projects in Jayang-dong and Myeongnyun-dong, libraries, senior welfare centers and kindergartens. 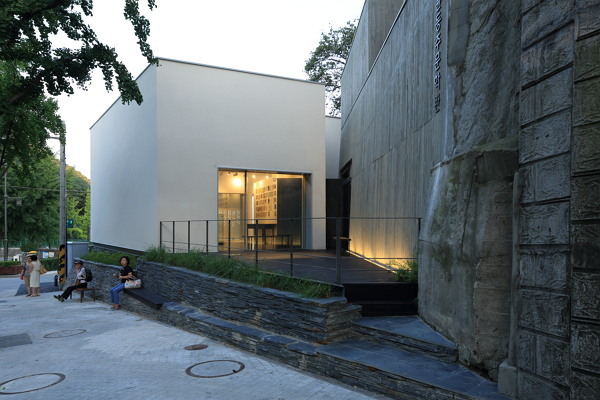 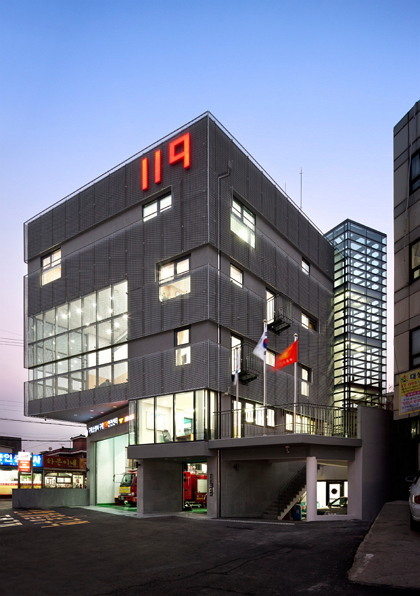 According to him, there are about 150,000 public buildings across the country, and about 6,000 more are being built each year.

The new community service center in Punggi district in the city of Yeongju, North Gyeongsang Province, is one of the latest examples of changing perceptions about administrative buildings.

The district office building’s design was inspired by the shape of ginseng, one of the area’s main products. It differs from the layout of a traditional government office building. Instead of having a front plaza, entrance, main building and parking lot, the Punggi district community service center, as its office is called, has three entrances, which all lead to an open space in the middle where residents consult officials or file complaints. 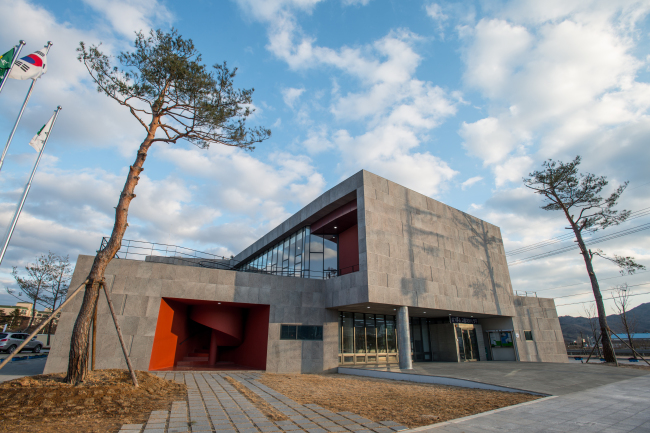 Punggi Community Service Center (Korea Institute of Registered Architects)
“I thought the local community service center should be an open space that facilitates communication between people rather than overwhelming them with a dominant image,” said Choi Jae-won, architect of Design Group Oz, who won the 2013 Young Architect Award given by the Ministry of Land, Infrastructure and Transport and the Korea Institute of Registered Architects.

During the urban expansion period of the 1970s and 1980s, the goal of housing developments in Seoul was to accommodate as many people as possible in a single apartment building.

This resulted in the identical apartment complexes that have shaped Korea’s modern cityscape.

But with the decline in housing prices and urban population, people began to search for smaller residential units that were functional and unique in design.

A prime example is the redevelopment project of Gija-chon in the northern district of Eunpyeong, Seoul. Once a residential area for journalists, the neighborhood is turning into a socially sustainable community.

“What sets the Gija-chon development project apart from other residential projects in the past is that it aims to be socially sustainable. It starts with customizing houses to the lifestyle of particular groups of residents and designing environmentally and socially sustainable life in the village,” said Lim Jae-yong, an architect at the Office of Contemporary Architecture, who is in charge of designing one of the four residential complexes in the neighborhood.

The four will each have a different design by a different architect. The neighborhood will have customized houses built to meet different needs of residents such as young entrepreneurs and couples with young children. It also aims to be eco-friendly by reducing the amount of parking space and instead operating shuttle buses to nearby bus and subway stations.

While Seoul is attracting more high-end architecture, it still lacks green space. The Yongsan Park plan, announced in 2006, aims to transform the U.S. Army base in Yongsan into a mega park like Central Park in New York and Hyde Park in London. Yongsan Park is expected to be 243 hectares in size, a little smaller than Hyde Park. This is unprecedented for a capital city.

The plan currently faces revisions and delays due to the postponement of the U.S. Army relocation plan. However, if it materializes, Seoul will have a well-suited ecological, social and cultural park.