Ahn had vowed in a poem that he would return home years later, to an independent Korea, with a national flag in hand. But the philosopher failed to fulfill his wish, passing away in 1938, seven years before Japan lost World War II and left Korea.

This October, Michael Gittes, the great-grandson of the late thinker, accomplished Dosan’s goal in his stead.

“(Ahn) died before Korea became independent, so I wanted to literally bring a flag on his behalf,” the 27-year-old said in an interview with The Korea Herald last Thursday. 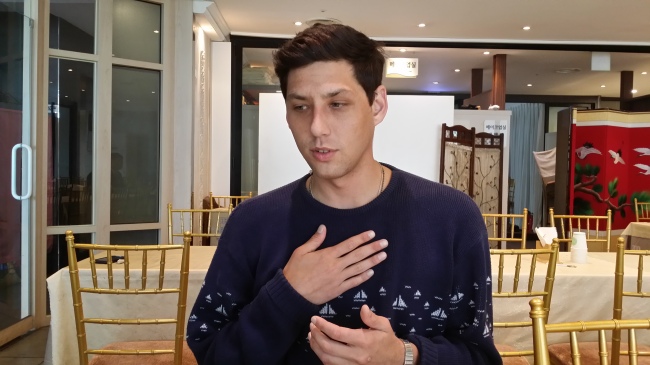 Michael Gittes. (Jeong Hunny/The Korea Herald)
Gittes, an artist, painted a 19th-century version of the Taegeukgi, South Korea’s national flag, to bring with him on his visit to Korea this month.

Gittes dedicated the flag to a crematorium for U.N. troops killed in the Korean War, at Yeoncheon, Gyeonggi Province, during a ceremony on Oct. 9. Yeoncheon is located just below the Military Demarcation Line, the land border between North and South Korea.

Gittes said he chose this location because he wanted to dedicate the flag to both Koreas. 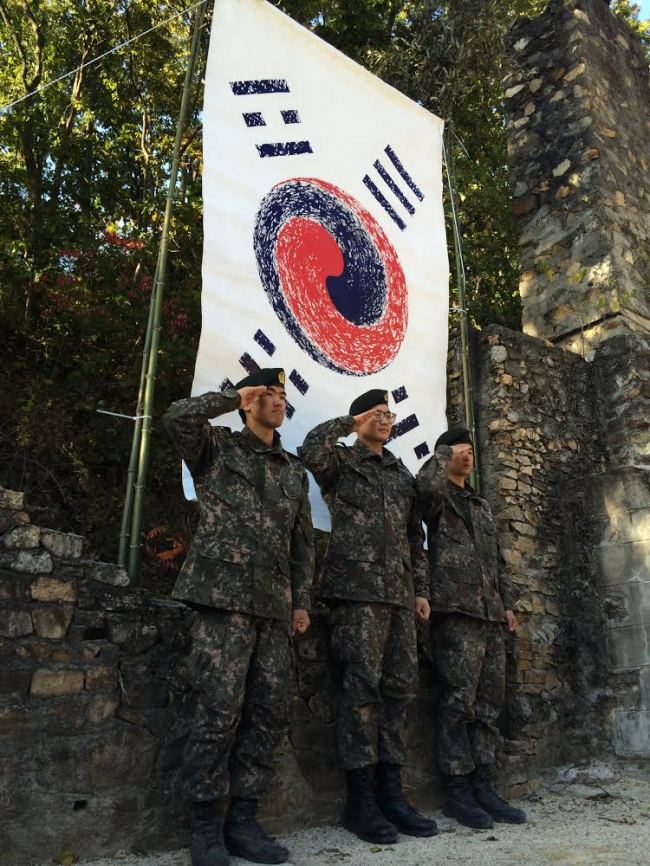 A Taegeukgi painted by Michael Gittes is dedicated to the crematorium for U.N. soldiers killed in the Korean War. (Michael Gittes)
Ahn, one of the few Koreans praised in both the North and South, emphasized enlightenment as a means of escaping Japanese colonialism, and was an advocate of women’s education. He identified “pretense” and “lies” among senior officials as the prime causes of Korea’s fall from nationhood to a possession of Imperial Japan.

A century later, Korea still grapples with a similar problem: Deep-rooted cronyism among public officials has been deemed one of the key causes behind the deadly sinking of the Sewol ferry in April.

Gittes said Ahn was “ahead of the times.”

“I think his teachings are more progressive than even today’s norms,” he reflected.

Gittes is one of several dozen Ahn descendants living in the U.S. With green eyes and brown hair that belie his connections here, he is a descendent of first-generation members of the Korean diaspora in the U.S., such as Dosan, who emigrated in the early 20th century.

“I noticed not too many people here speak English,” he said with a smile. But when asked how being a descendant of a famous historical figure affected him, he said he wanted people here to view Dosan “just like any other human.”

“My connections to him may be like any other person in Korea. I have never met him personally.”