The former veteran IMF economist also emphasized the role South Korea could play in the fight against the spread of the Ebola virus thanks to its world-renowned scientific and medical prowess.

Ouattara said he and Park discussed global politics during their meeting, including the fight against the spread of Ebola by West African countries and the international community.

“The loss of human lives is tragic and the consequences on the image and economy of affected countries are significant,” Ouattara said in an interview with The Korea Herald at a hotel on Wednesday, underscoring that there have been no cases of Ebola in his country. 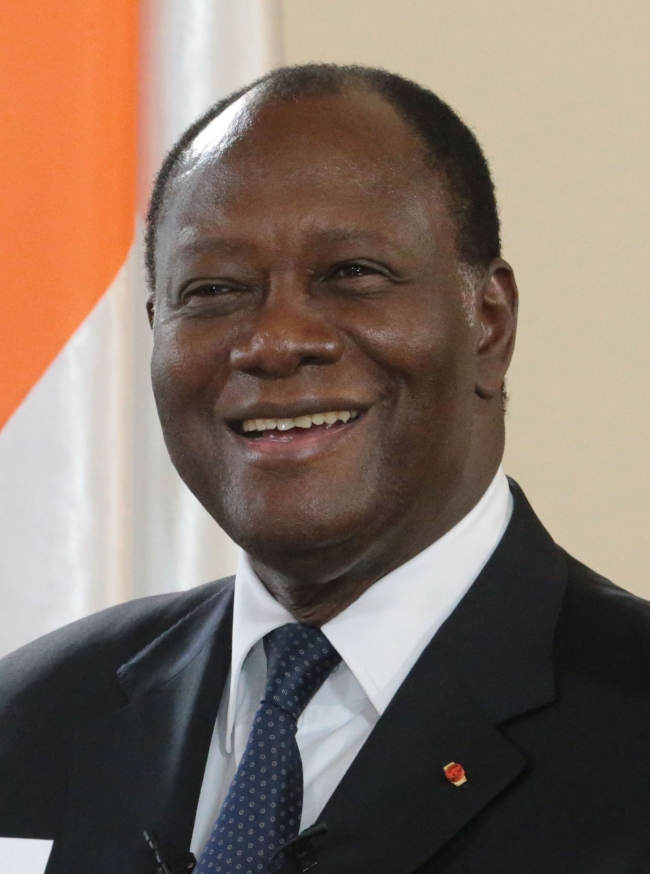 Ouattara said South Korea’s advanced scientific and medical know-how could be a crucial asset in the fight against the spread of the deadly disease.

The number of deaths from Ebola reached 4,033 as of Oct. 10, according to the website of the United States-based Centers for Disease Control and Prevention.

“Africa needs technical support with medical staff on the ground, medical infrastructure as well as financial resources to support the eradication of this disease in our region,” he said. “In all these aspects, South Korea has the capacity to support Africa and I hope it will do so.”

Ouattara, who wrapped up his four-day trip here on Thursday, was the third African head of state to visit South Korea since Park came into office in February 2013. But 20 months into her term as president, Park has yet to make a trip to Africa.

“I told her I was very impressed by her speech at the United Nations,” Ouattara said. “I went to the room to listen to her. I was impressed by her policy of trustpolitik that will, well, to be fair, (it) protects South Korea, but at the same time, (she is) also open to the unification of the two Koreas in the future ... So, I think she has a vision.

“This is very important for a head of state, because going from day to day is easy when your country has come to the state Korea is in now, but what is important is for the vision ― a long-term vision ― and she has that. I admire her very much.”

Ouattara, who was elected president in 2011, emphasized the role of KOICA in his country, as well as growing commercial ties.

He is the third African head of state to visit South Korea after Ugandan President Yoweri Museveni in May 2013 and Mozambican President Armando Guebuza in June the same year.

There was speculation among foreign envoys here that Park could make a trip to the region in early 2015, perhaps delivering a keynote speech at the African Union Summit in January.

Park and Ouattara signed several agreements strengthening bilateral relations, including ones on development assistance, reciprocal promotion and protection of investments, and the abolition of visa requirements for holders of diplomatic passports, and two MOUs on joint health care and scientific projects.

Ivory Coast has become a prime investment destination in French-speaking West Africa. Ouattara mentioned how much support his country has received in recent years from the international donor community. For his three-year reconstruction plan, donors pledged $8.6 billion ― twice as much as requested ― at a conference in Paris in December 2012.

For the past three years, the country has led the subregion in terms of growth with near double-digit figures, maintained low inflation rates and minimal annual deficits, and achieved a debt-to-GDP ratio of under 40 percent, Ouattara said.

At present, South Korean companies led by KEPCO are building three 350-megawatt electric power stations, which are expected to go online before the end of 2016, as well as a light rail project in Abidjan, the first public rail system for the city’s 5-million-plus residents.

Heavy investment in electricity generation could boost output from 1,500 MW to as much as 4,000 MW by 2020. Ivory Coast, already a power exporter, could become a regional energy hub by the end of the decade.