[ The Korea Herald – Send E-mail ]
[Herald Interview] ‘Reunification biggest variable in Korean economy’
By Korea Herald
Published : Oct 9, 2014 - 19:43
Updated : Oct 9, 2014 - 19:43
South Korea’s economy will log slow yet steady growth in the coming years, largely benefiting from the rise of China, with the most significant variable in the forecast being the possibility of unification with North Korea, according to an Asia-Pacific economic expert.

“Inter-Korean unification, if achieved in a peaceful and gradual manner, will provide an unparalleled momentum to the economy,” Rajiv Biswas, senior director and APAC region chief economist at IHS Global Insight, told The Korea Herald in an interview.

The comments come amid rumors that the two Koreas have already made an informal agreement on reunifying the Koreas as speculation mounts of an apparent absence of North Korean leader Kim Jong-un.

Biswas said the union of the two Koreas would raise the government’s debt and deter global investor sentiment for a certain length of time, but it would eventually be beneficial.

“Even in the case of Germany, where the social and economic gap between the former West and East was not as great as in the case of the two Koreas, the consequences of unification lasted for more than three decades,” he said. 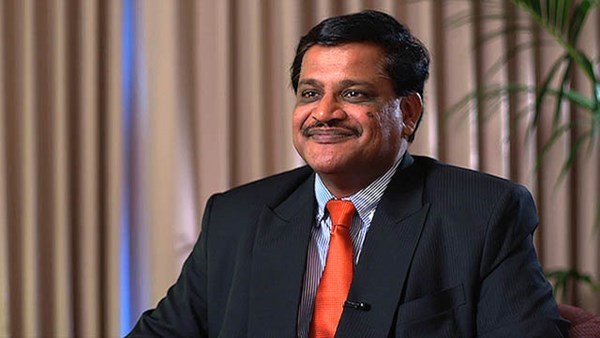 Rajiv Biswas, Asia-Pacific region chief economist at IHS Global Insight
“But in the longer term, unified Korea will end up having a bigger work force, low-end wages, as well as South Korea’s current leadership in technology.”

Such advancement, should it happen, is likely to be unique, as few countries around the world currently have such potential for synergy, according to Biswas.

“For now, we are excluding North Korea when assessing the economic growth forecast for South Korea, due to the constantly changing political situation,” he said.

Without the North Korean factor, the South Korean economy will grow at a steady pace of 3.5 percent in 2015-2020 ― slower growth than China’s, but faster than Japan’s.

“This is only a 2 percent up from this year’s estimated growth rate of 3.3 percent, but it is encouraging that the figure will continue to remain above the 3 percent line,” the economist said.

As a key factor, Biswas picked the positive spillover coming from the rise of China.

In a recent report, IHS forecast that China would beat out the United States to become the world’s largest economy by 2024.

“China, which is likely to achieve a 7.5 percent growth in 2015-2020, will directly influence the exports and the domestic sales of South Korea,” he said.

But in order to take advantage of China’s development, South Korea should also strive for economic diversification and to move beyond its conventional industries, he added.

“Japan, too, rose to become one of the world’s technology pioneers in the past but it made little efforts to look into the future and to develop its nonmanufacturing industries such as tourism and services,” he said.

“One often speaks of Japan’s lost two decades, a period of time which may well have been used to plan a new blueprint for the nation’s future and to implement it.”

South Korea, with the potential unification in one hand and the growth of China in the other, should work out how to prepare for the consequences of the former and to benefit from the latter, according to Biswas.