The photos showed Park and Ma leaning on each other’s shoulders while taking a short break between the scenes. 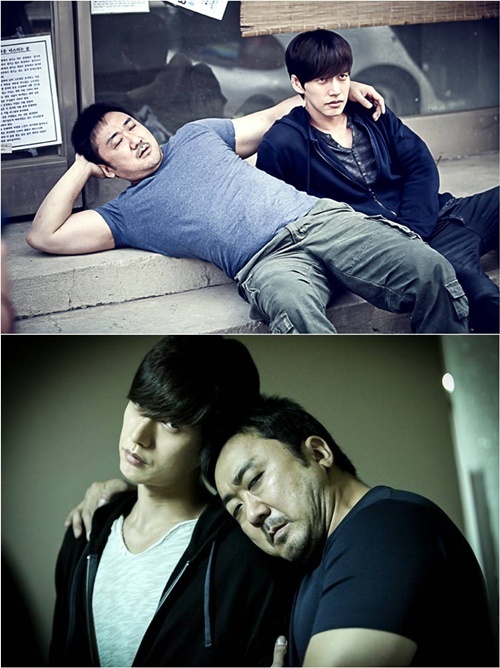 With the drama’s launch on Saturday, a series of “Ma-cut photos” also went viral. The photos show a muscular Ma posing with adorable animals such as a kitten and chicks in the mise-en-scenes of his earlier films “Banchanggo” and “Norigae.”

Actor Ma Dong-suk palys with a kitten between the scenes for film "Norigae." (Ma Dong-suk's Twitter) 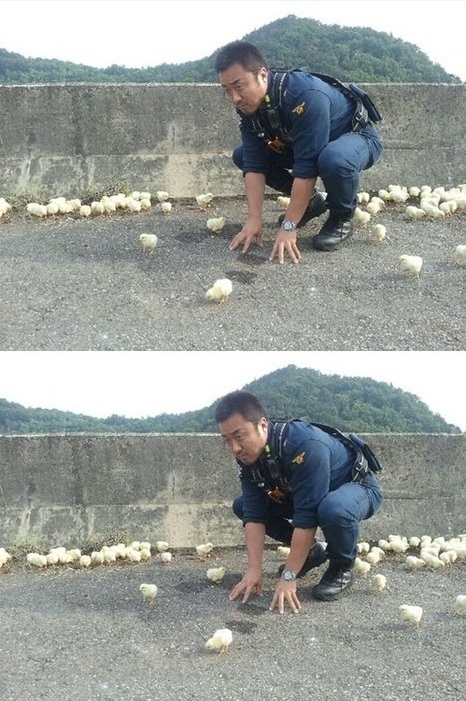