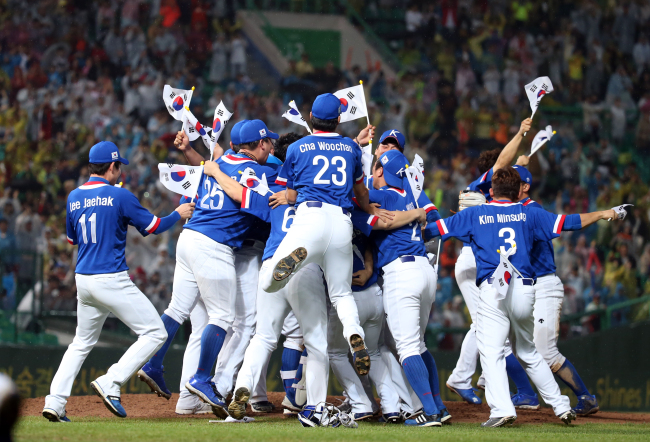 The host scored four runs in the top of the eighth inning to erase an early deficit on a rainy night at Munhak Baseball Stadium.

With South Korea clinging to a 4-3 lead in the eighth, Hwang Jae-gyun knocked in two more runs with a single to provide more breathing room.

South Korea has won four baseball gold medals since it became an Asiad medal sport in 1994.