Traditionally a time to spend at home with family members and loved ones, Chuseok is all about sharing in the riches of good company and good eats. However, for those looking for ways to spend the upcoming holiday outside the home, Seoul has countless destinations that are offering wide-ranging events and activities for both locals and expats alike. These opportunities can range from experiencing Chuseok in true traditional fashion to finding a youthful balance between both the modern and the traditional.

For those who are unsure whether to spend the holiday participating in customary Chuseok practices, or to rush off and spend the day gorging on amusement park junk food and shouting at the top of their lungs, it doesn’t necessarily have to be one or the other.

For thrill seekers, heading to Lotte World Adventure this Chuseok can mean giving one’s heart a momentary pause by taking a quick spin on a thrilling rollercoaster before heading off to pound out a slab of flour to make rice cakes or watch a traditional dance performance. 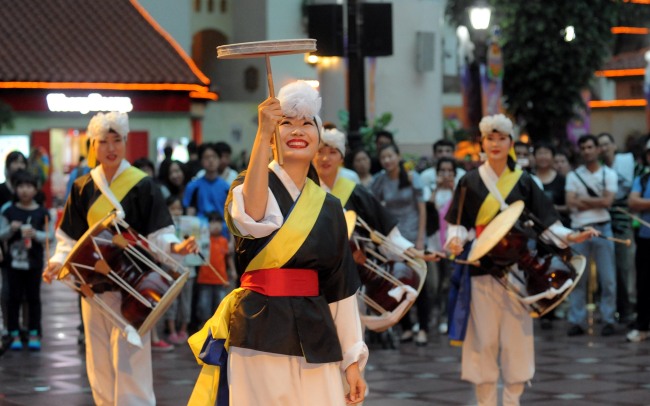 Lotte World Adventure offers traditional Chuseok performances. (The Korea Herald file photo)
Lotte World ― the country’s largest indoor amusement park ― will be holding an array of traditional and contemporary events during the upcoming holiday. From Sept. 5-9 at 7 p.m., Lotte World will be putting on special fusion gugak performances as well as a large-scale performance of ganggangsullae ― a traditional cultural dance for women ― along with other Chuseok-related activities.

From Sept. 5-14, international visitors can receive up to a 52 percent off Lotte World admission prices. For more information, visit www.lotteworld.com. 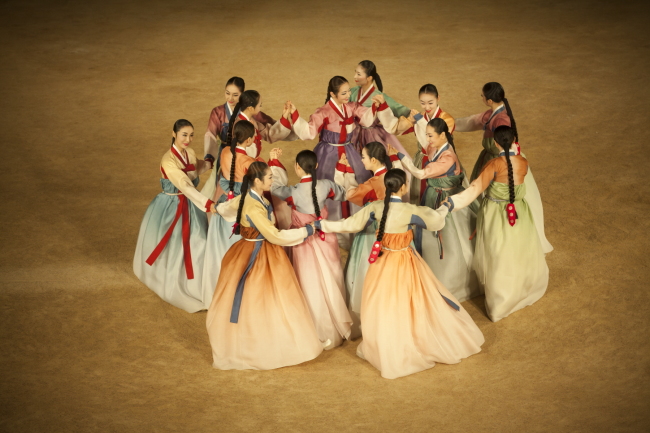 Every year, popular cultural tourist locations across Seoul organize similar events and opportunities for both locals and foreign visitors to participate in the more traditional activities of Chuseok.

For those hoping to spend this Chuseok in a more historical setting, taking a couple hours to visit any one of the city’s major palaces is never a bad option. As it does every year, Gyeongbokgung, Seoul’s largest palace, will offer visitors a variety of activities and performances such as tightrope walking as well arrow tossing, traditional board games, top spinning and shuttlecock kicking.

The Namsangol Korean Village, located near Chungmuro Station, will also hold typical Chuseok holiday events. Visitors will have a chance to learn how to make Korean traditional masks and decorative fans. There will also be cultural performances including holiday dances, drumming, singing and demonstrations of ssireum, Korean wrestling.

The Korean Folk Village, located just outside of Seoul in Yongin, will also be offering select events for the Chuseok holiday. The village will put on a number of live performances including samples of Korean folk music, traditional seesawing games, tightrope dancing and demonstrations of traditional wedding ceremonies. In addition, visitors also have the opportunity to try making songpyeon, or half-moon-shaped rice cakes, and playing folk games such as jumping rope and arrow tossing.

Thirteen national museums, including the biggest one, near Seoul’s Ichon subway station; the three branches of the state-run National Museum of Modern and Contemporary Art; and four royal palaces in Seoul are all open during the Chuseok holiday, offering various Chuseok-themed programs for free. Admission to the palaces and the royal shrine Jongmyo is free on Sept. 8.

The National Gugak Center will stage a free traditional Korean music and dance performance on Sept. 8, headlined by Ahn Sook-sun, a master of pansori, Korean traditional opera. The concert starts at 8 p.m. at the center’s 1,300-seat outdoor theater in southern Seoul.