“I try to put different people from different countries, backgrounds and genders all together in my works,” said Mosli.

“For example, if the role is written for a male part, I change it to female,” which makes it more interesting added.

“I like putting things upside down, and this sometimes carries out the message I want to deliver ― very effectively with only a small change.”

The director said that in Norwegian films, taxi drivers are often Pakistani. But she decided to go against the stereotype and make the CFO of a company Pakistani. “(Through) those small things, I believe, can change the world,” said Mosli. “Because when people see it, it can provide hope to many people. 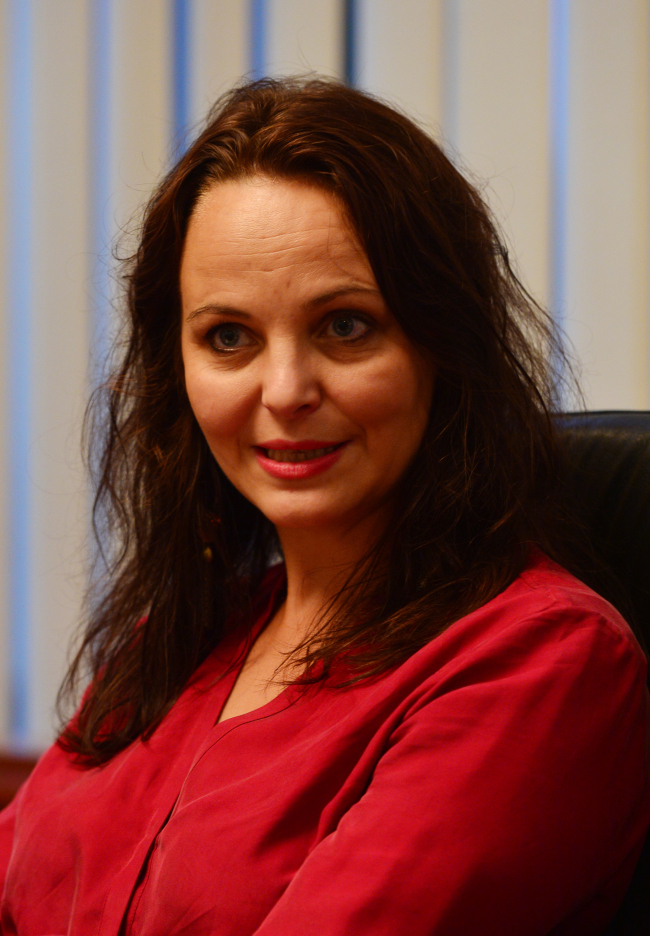 Director Cecile Mosli. (Yoon Byung-chan/The Korea Herald)
“That is what art can do in this world of multiethnic and multigender society.”

The political thriller “Mammon” ― whose title means “greed” in the Bible ― takes place mainly in Oslo, Norway, and examines greed and the cost of desire through exploring the journalism industry in the country.

“But many fictional parts were added to make the story more interesting and engaging.”

The drama was a huge success in Norway. In a country of 5 million, over 1.3 million people watched the thriller, which involves a conspiracy theory. The production has been sold to 19 countries already, including the United Kingdom, New Zealand, Germany and Israel.

“In Europe, when people say ‘Nordic noir,’ it was Denmark, not Norway,” said Mosli. “We have not been part of the vibe much. Denmark was the big brother. So that was my goal to begin with ― become part of the Nordic noir and make something good from it. I am glad to achieve that goal and to deliver our work to the audiences.”

Mosli, who has acted and directed in the past, says she enjoys both.

“Directing takes a lot of time as the planning starts much earlier than (working with) the actors and the crew. But my career as an actress helped me to keep in mind what it’s like to be acting ― how frightening it is and how much help you need,” she said.

“But both acting and directing all comes down to storytelling. I love telling stories, stories of people, and people meeting together. You have to love people to be in this job, and that is and has been a huge interest in my life ― to love people.”

Visiting Korea for the first time, Mosli is humbled to be here, receive a prestigious award and garner international acclaim.

“I have small children at home, and every day when I have to work on Saturdays or Sundays, I ask myself if this is all worth it. But being recognized like this is a huge thing and makes me want to work harder,” she said.

“Not many people get recognized for the hard work they do, and as a director and an actress, the very fact that we can get recognized is (something I’m) very grateful (for).”