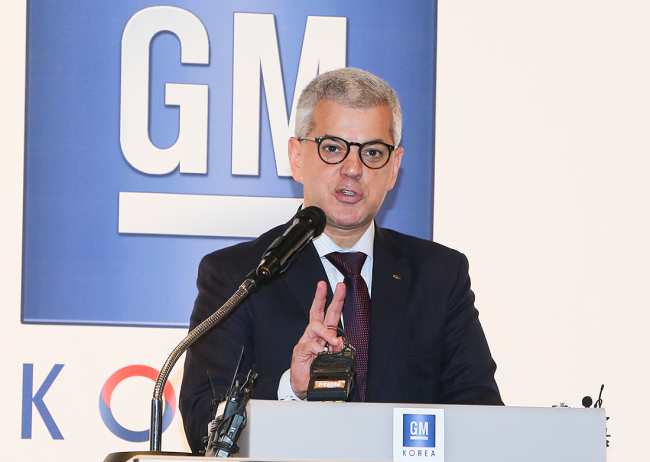 “This demonstrates GM Korea’s commitment to the domestic and export markets,” said GM Korea CEO Sergio Rocha during a news conference held at a hotel in Changwon, South Gyeongsang Province.

“Without a doubt, the return of the Damas and Labo will generate even more growth momentum in Korea,” he added, saying the carmaker is enjoying its best year in terms of sales since operations began in 2002.

Thanks to cheaper pricing and diverse benefits from the government, the Damas and Labo ― the only mini commercial vehicles on the market ― have been favored especially by the nation’s small business owners over the past 23 years.

But GM Korea had stopped producing the cars in December as they were not meeting the government’s toughened safety and environment regulations that would take effect from this year. 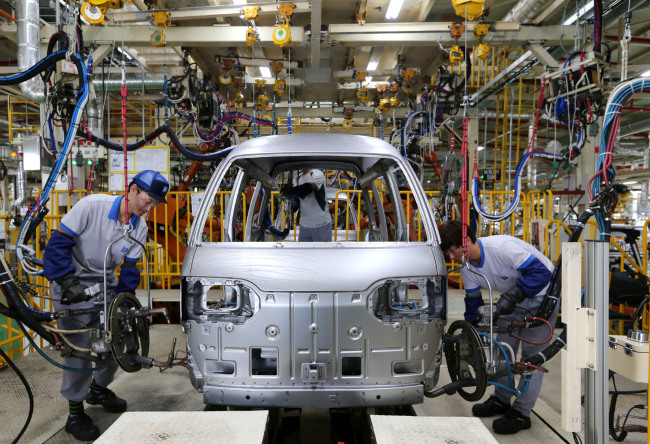 GM Korea’s light commercial vehicle assembly line at its Changwon plant in South Gyeongsang Province. (GM Korea)
Amid resistance among customers, the government decided to offer a grace period of its new regulations for the two cars, while the carmaker resumed production on Aug. 1, pledging to improve overall product quality.

The company has already added a new body shop at its Changwon plant exclusively for the two models with an additional investment of 20 billion won ($19 million). It has also hired some 200 new workers.

The plant, located some 400 kilometers south of Seoul, is the global production hub of small cars for GM, and also produces the Chevrolet Spark and its full-electric version.

With preorders already soaring at dealerships, another boon for the renewed production is the government’s recent decision to legally allow the revision of the vehicles to be used as “food trucks” that are gaining popularity here.

Currently, the cars are not equipped with some crucial safety and environment features such as tire pressure monitoring, electric on-board diagnostics and airbags.

Marc Comeau, vice president of vehicles sales, service and marketing at GM Korea, said the carmaker has already embarked on the related R&D efforts and plans to introduce new and innovative features in phases.

Following the decision, the carmaker also raised car prices by about 1 million won for each new model. Currently, the starting prices of the Damas and Labo are 9.58 million won and 8.07 million won, respectively.

“There is no way for us to avoid increasing prices considering our new investment,” he said. “But a price increase is the last thing we want to do about the models ― the most affordable vehicles in the market.”

The carmaker earlier predicted it would need an additional 200 billion won to keep the two models in its product lineup.

The two vehicles are sold mostly in Korea but the executives also hinted that they could be sold in other markets if there is demand.

Celebrating the production resumption of the Damas and Labo, the city of Changwon also designated Aug. 27 as GM Korea Day and plans to hold celebratory events over the next 10 days.