On Monday, E revealed her side of the story about her marriage to Seo, most of which has been hidden behind a veil of secrecy.

On the TV talk show “Healing Camp,” E confessed that the two fell in love after they first met at concert in the U.S. E talked about how lonely her life was as she had to keep their marriage secret for Seo, hiding it from their friends and family. 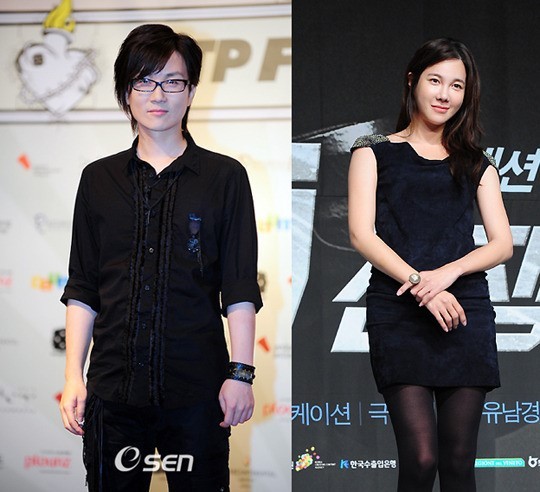 (OSEN)
As Seo came under growing pressure from his fans for an explanation, he made clear his position in a press release, two days after E’s confession.

“Regarding E’s comments about Seo, they weren’t all true and rumors are surfacing, so I want to get the facts straight,” Seo said in a press release through his management agency.

According to the press release, Seo first met Lee in 1993, but they married four years later when Lee was eligible for marriage.

Seo and E had their parents’ permission to tie the knot, just like any other ordinary couple, unlike E’s claims that they were hiding it even from their families.

The pair travelled, went shopping and had dinner out while living in the U.S. They also invited their friends and relatives over to their home to spend time together, Seo claimed.

Seo had remained silent because he respects E’s pain and feels some responsibility for their shared past. But facts should not be manipulated and distorted anymore, he concluded.

Seo and E were secretly married for nine years from 1997, but divorced in 2006. Their marriage came to light in 2011 as E filed for a multimillion-dollar settlement.

Seo, 42, recently married actress Lee Eun-sung in 2013 and the couple have a baby on the way.

Seo debuted in 1992 as a member of K-pop boy band Seo Taiji and Boys. Since the megahit group disbanded in 1998, he has pursued solo activities as a rock musician. He is to return to the music scene with his ninth album around mid-October.

E, 36, debuted as an actress in 2007 with the drama “The Legend.” She has since drawn keen attention for her doll-like appearance and skillful acting while starring in several television shows. She recently signed a contract with a production company to debut as a screenwriter in Hollywood.