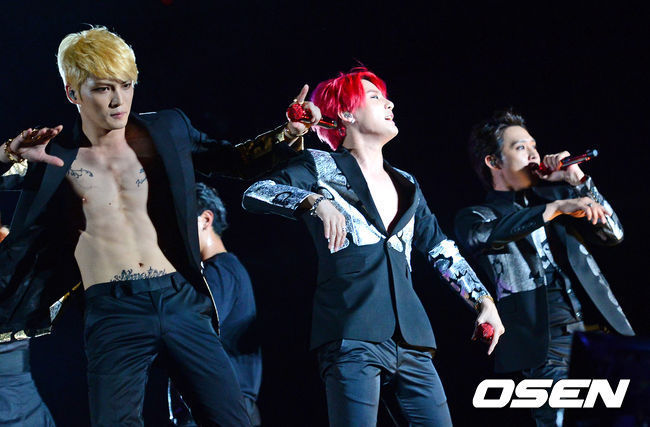 K-pop group JYJ has come back with a vengeance, being nominated for the No. 1 spot on SBS music program “Inkigayo” Sunday despite not having any TV promotions for their latest album.

The three members -- Junsu, Jaejoong and Yoochun -- came back together to release their second full-length album “Just Us” on July 29, three years after their last EP album “In Heaven.” The album so far has wowed fans and critics in the music industry, especially after their latest feat on “Inkigayo.”

This came after the album’s lead track “Back Seat” was slapped with a ban by public broadcaster KBS last week over allegedly inappropriate lyrics.

Despite the obstacles, JYJ celebrated its latest release with fans by holding “2014 JYJ Membership Week” on July 31, which ran for three days.

“Just Us” has also set a new record by selling 120,000 copies through pre-orders and topping all local music charts immediately after its release.

JYJ held the first concert of its Asia tour “The Return Of The King” last Saturday, which marked the beginning of a new era for the group. One of success without support from a major entertainment agency or powerful broadcasters.