“I have been exercising while on hiatus. As I wasn’t working for quite a long time, I thought I should build up some muscles to get myself ready for the next job,” the model-turned-actor told reporters, smiling. 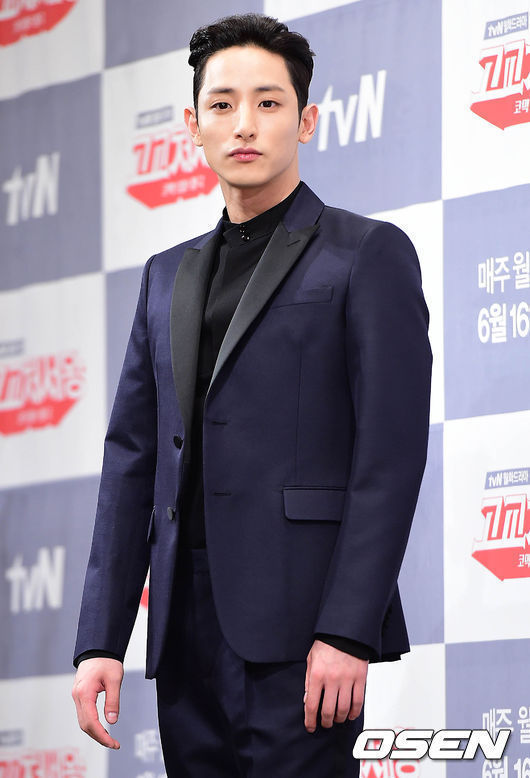 Lee Soo-hyuk (OSEN)
The heroine of the rom-com backed up his remarks.

“Lee Soo-hyuk was staying in Japan before he filmed the nude scene. I heard that he checked in a hotel with a gym to work out in,” the 31-year-old actress said. 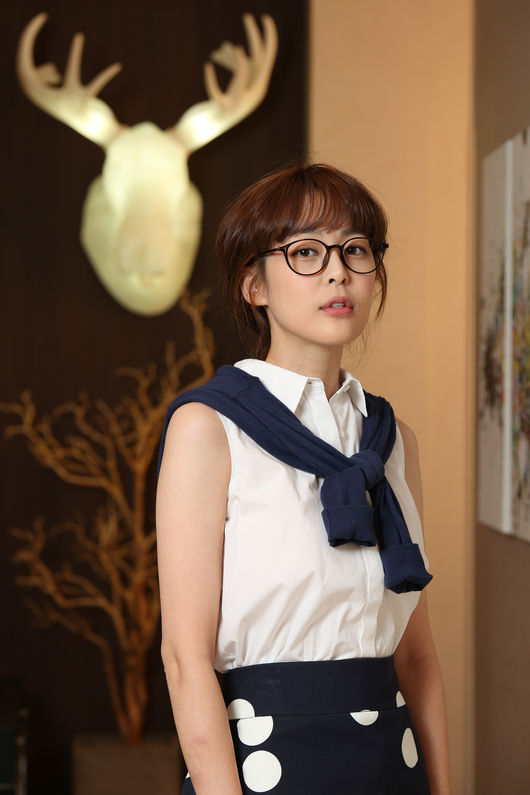 Lee Ha-na (OSEN)
“I heard crews saying that Lee Soo-hyuk was like an Evangelion,” she added, looking at Lee blushing.

The cable-TV drama comically portrays the life of a high school student who leads a double life as a student and office worker. The immature and simple-minded teenager goes to work and pretends to be his older brother, a young executive, at his brother’s sudden request and faces numerous challenges along the way.

The drama airs at 11 p.m. every Monday and Tuesday on tvN.