South Korean girl band Girls’ Generation garnered a total of 200,000 concert-goers on its third concert tour around Japan, a whopping amount for a K-pop idol group. 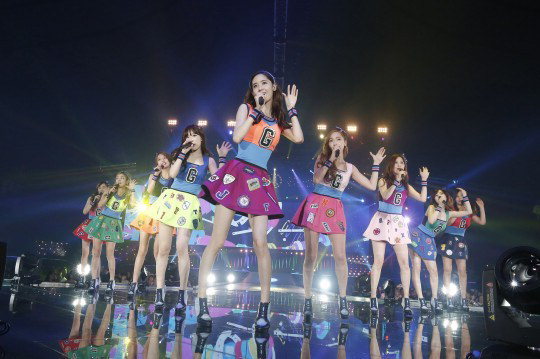 (SM Entertainment)
Through three concert tours in Japan since 2011, the group attracted a cumulative total of 550,000 spectators, setting the record for a K-pop girl group.

At their latest three-day concert series held in Tokyo from July 11, the group enthralled Japanese fans by performing mega-hits including “Gee,” “I Got a Boy,” “Mr. Mr,” as well as tracks such as “Motorcycle” and “Gossip Girls” on their third Japanese full-length album.

The Asia’s heartthrobs also stole the hearts of fans by unveiling brand new ballad “Indestructible” from the new album “THE BEST” set to drop on July 23 in Japan.