[ The Korea Herald – Send E-mail ]
Samsung, LG up ante against Apple
Korean tech giants may release new smartphones ahead of iPhone 6 launch
By (공용)코리아헤럴드
Published : Jul 13, 2014 - 20:28
Updated : Jul 13, 2014 - 20:28
Samsung Electronics and LG Electronics, two of the world’s biggest smartphone makers, are gearing up for the next big battle with Apple as they are likely to unveil new smartphones before the much-anticipated release of the California-based firm’s iPhone 6 in September.

The new smartphone received Bluetooth certification in July, which most handset products are required to attain before their release.

The latest development came after the Korean tech giant unveiled the Galaxy S5 broadband LTE-A, an upgraded variant of the Galaxy S5, in June.

So far, Samsung is denying any plans to launch new phones.

“The new smartphone, known as the ‘card-phone’ for its slenderness, will soon be out on the Korean market and some foreign markets as well,” said some industry sources quoted by Korean news outlets. 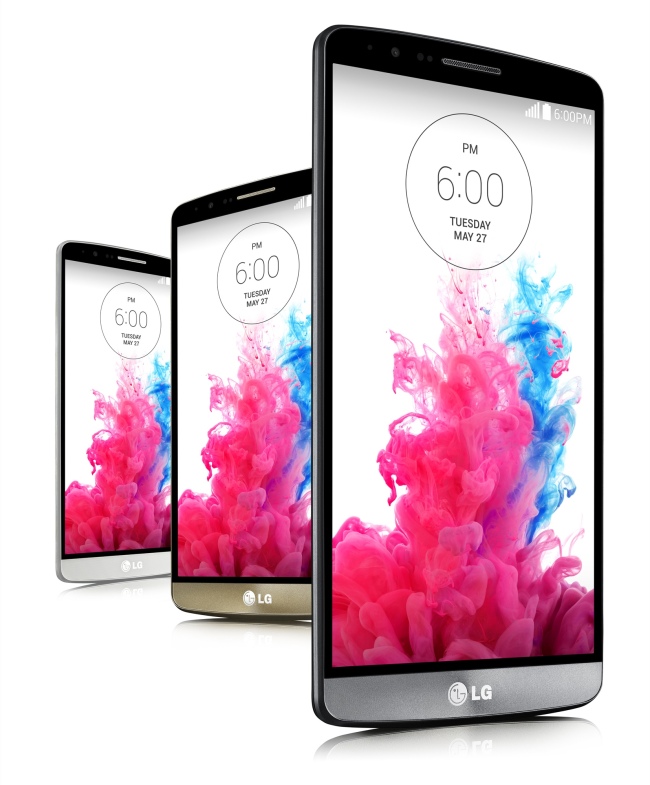 LG Electronics’ flagship smartphone G3 (Yonhap)
LG Electronics, the world’s fourth-largest handset maker by sales, recently flexed its muscles with the G3, which boasts the world’s first quad-HD display. It is now planning to release a new variant of the G3, named the LTE-A G3 Cat. 6, which will be fitted with Qualcomm’s Snapdragon 805 chipset supporting the faster LTE-A service.

Bestshop, the retail chain run by LG, started receiving preorders from Friday and it is said the new smartphone will be delivered to customers from the coming Friday in Korea.

The G3 Cat. 6, however, will not be shipped overseas since the broadband LTE-A network is currently only available in Korea.

LG began selling the G3 through the four major mobile network operators in the U.S., including AT&T, T mobile and Verizon, earlier this month.

Riding on a positive market response for its flagship product, LG Electronics’ marquee product will be able to achieve a quarterly revenue of 5 trillion won ($4.9 billion) in the July-Sept period, according to market analysts.

The firm is also expected to sell up to 13 million units of the smartphone down the road, compared to 6.5 million units for the previous smartphone model G2, which was released in August 2013.

The latest moves of the Korean firms are considered last-ditch efforts to cushion the possible impact caused by Apple’s iPhone 6. 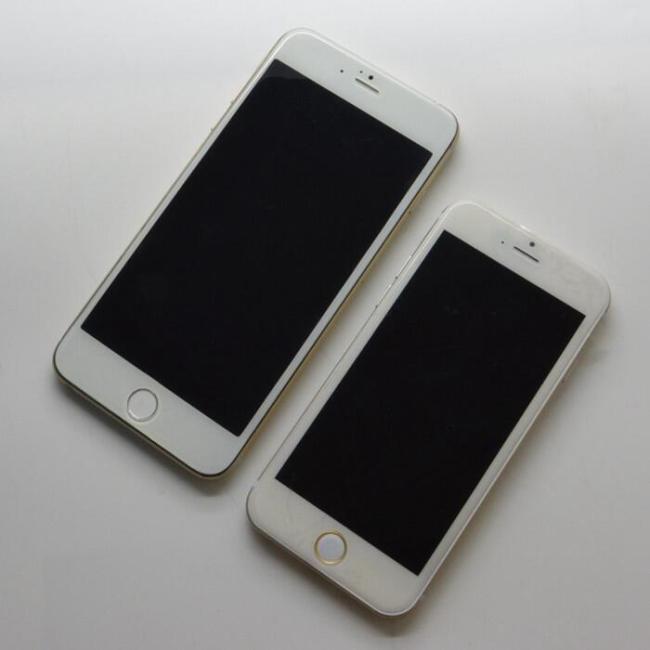 Apple’s iPhone 6 mockups leaked on Twitter (Sonny Dickson)
The iPhone 6 is expected to come in two different versions, with 4.7-inch and 5.5-inch displays. The high-end model is said to feature a dual-core 64-bit A8 chip which will be supplied both by Taiwanese chip maker TSMC and Samsung Electronics.

Apple has recently been trying to wean itself off Samsung for the production of smartphone chips.

Starting in 2007, Samsung was the sole provider of the mobile processor for the U.S. firm’s iPhone lineups, but Apple decided to diversify its supply chain in recent years in the wake of patent battles with Samsung.

Amid the challenges posed by the Korean tech firms, Apple is said to have doubled the number of initial orders for the upcoming marquee smartphone.